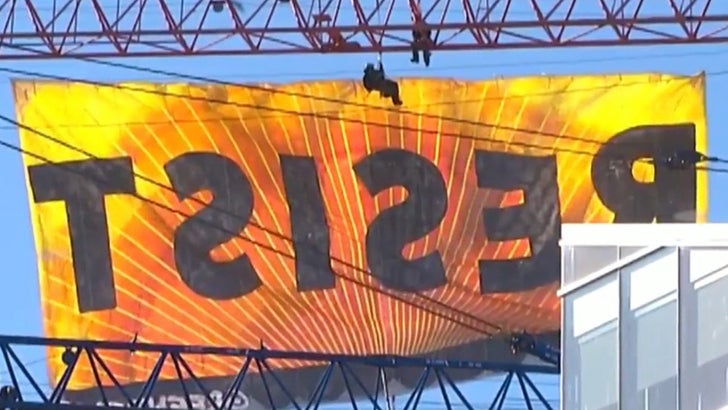 A bunch of protesters from Greenpeace climbed a huge crane in Washington D.C. in protest of Donald Trump.

Greenpeace supporters climbed the 270 foot crane a few blocks from the White House ... a day after Trump's Administration took action, all but bringing the EPA to a grinding halt.

Cops say they respect the protest but say their actions are "extremely dangerous."

Right now it's a standoff. 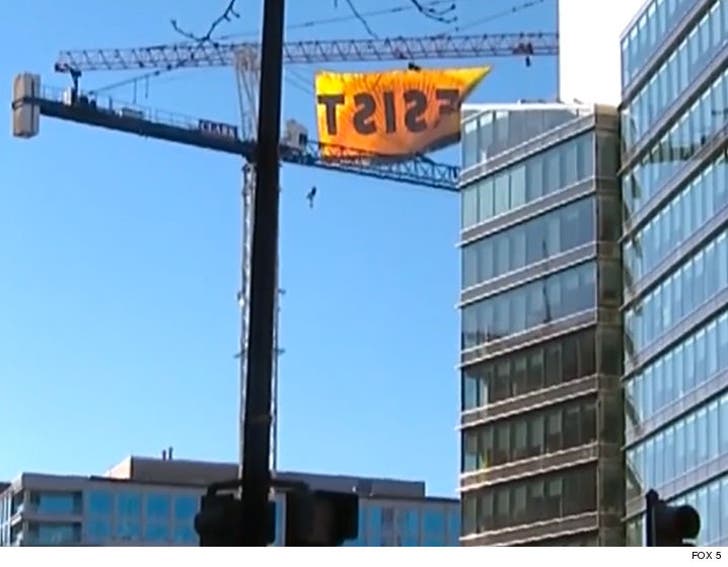