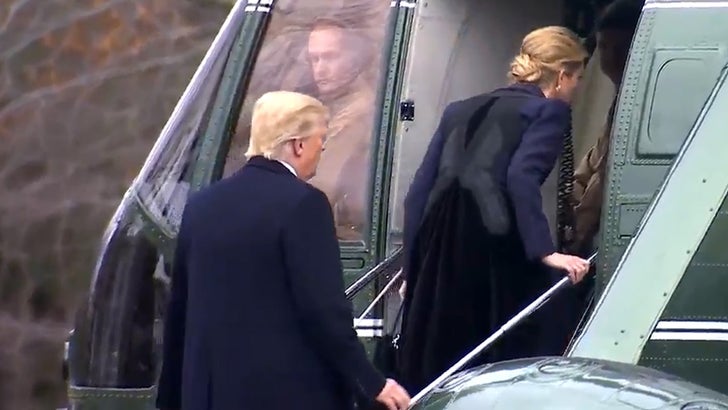 President Trump bolted from the White House Wednesday afternoon aboard Marine One to make a trip that was unannounced, and shocked the Press Corps -- but turns out it's for a very somber occasion.

The President was with Ivanka Trump when he left, and reporters had no idea where he was going. About 20 minutes after he lifted off in the chopper ... the White House revealed he was flying to Dover Air Force Base to greet the plane bringing back the remains of Chief Special Warfare Operator William "Ryan" Owens.

Owens, reportedly a Navy SEAL, died during a counterterrorism raid in Yemen. He is the first solider killed under the Trump administration.

The White House says the ceremony will be held in private. 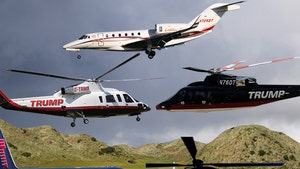 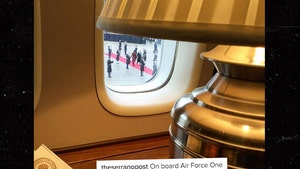 All Aboard for Obamas' Last Presidential-ish Flight (PHOTO)