Shaquille O'Neal says Charles Barkley is lucky LeBron James didn't fly out to the "Inside the NBA" studio to BEAT his ass after his recent criticism ... 'cause that's what he woulda done.

Shaq confronted Sir Charles Thursday night about his critical LeBron comments -- saying, "What you said was that man doesn't wanna compete, that's what ticked him off."

He added, "I woulda came up here and punched you in your face. That's what I woulda done."

Barkley's response -- "Well, first of all, you're not a good fighter." 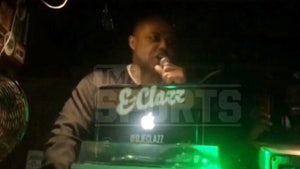 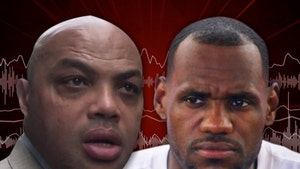 Charles Barkley: I Don't Hate LeBron James ... 'Some Of What He Said Is True' (AUDIO)