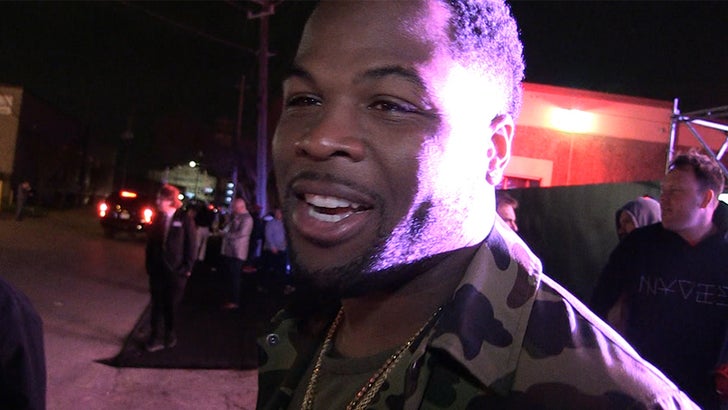 Of course, Shanahan is currently the offensive coordinator for the ATL Falcons -- but after the Super Bowl, he'll become the head coach out in San Francisco.

We also asked about his QB Colin Kaepernick reportedly opting out of his contract to be a free agent -- it's clear Hyde still supports the guy.