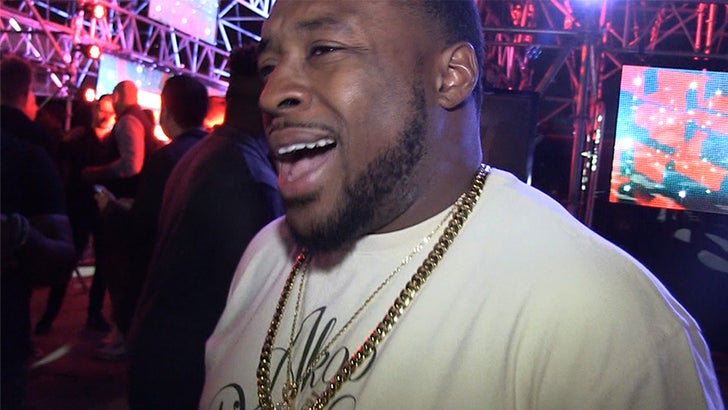 Joe Mixon shouldn't worry too much about not getting an invite to the NFL combine ... so says Carolina Panthers star Mike Tolbert who told us, "I didn't go to the combine, that don't mean s**t."

Tolbert was enjoying the Super Bowl festivities in Houston last night when we asked about reports that the Oklahoma running back didn't get an invite specifically because of his make-on-female assault caught on tape.

The 3-time Pro Bowl fullback says Mixon still has a shot at making it in the league but says when it comes down to it ... "The NFL is all about their image and protecting the shield."

As for Mixon -- "He's a good football player so we'll see what happens."