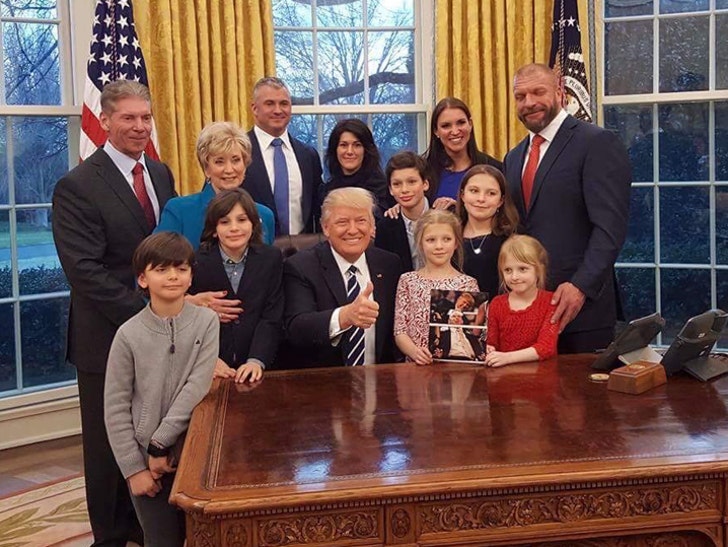 Vince McMahon took Donald Trump all the way back to 2007 Tuesday ... when the WWE honcho's family posed with the prez -- and busted out a pic of their famous "Hair Vs. Hair" match!

Of course, Vince -- along with his son Shane, daughter Stephanie, and son-in-law Triple H -- were all at the White House to celebrate Linda McMahon's confirmation as Small Business Administration chief.

One of Vince's granddaughters held up a pic from the famous WrestleMania 23 event -- when Vince let Trump chop off his mane in the center of the ring.

By the way, Trump hit Vince with a pretty impressive flying clothesline during that match. 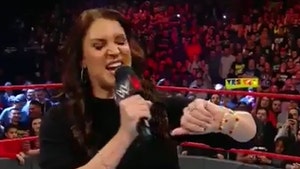 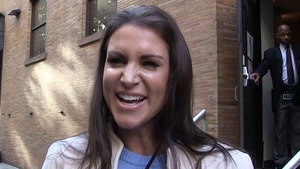