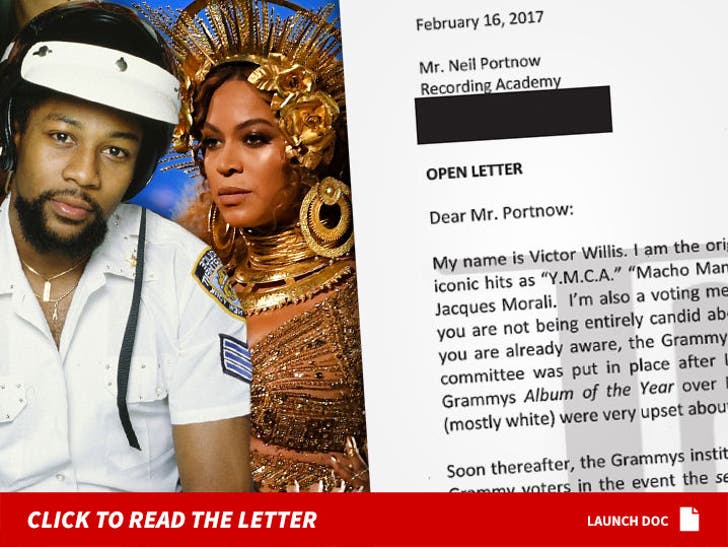 4:00 PM PT -- The Recording Academy tells us it has no "secret committees," and adds there's plenty of info regarding the Nominations Review Committees (to which our post refers) on its website.

A spokesperson says members of the Review Committee "are not disclosed to ensure fairness and neutrality." This prevents them from being lobbied.

A secret committee for the Grammys is in place to undermine the rank-and-file voters if they choose to give plum awards to black artists like Beyonce ... so claims the original lead singer of Village People.

to the President of the Recording Academy, demanding he "come clean" over the existence of a clandestine group that was supposedly formed after Lionel Richie beat Bruce Springsteen for the 1985 Album of the Year.

According to Willis, the committee's purpose is to "override the decision of Grammy voters in the event the select committee does not like who the Grammy voter has chosen" for the 4 top awards.

He goes on to strongly suggest a racial element, saying, "The question is how many African Americans are on that committee?" He says in the letter, "If certain people at the Grammys don't like who the voters have chosen, a Grammy committee will simply override the voters and subsequently select who they think should win. Like Adele, maybe?"

We did some research, and it does appear there is a secret committee, but from what we can gather, the committee is designed to knock out embarrassing nominations -- like, say, Milli Vanilli. However, once the nominations are locked, the voters have the final say ... at least that's what we've found. 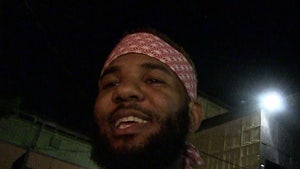