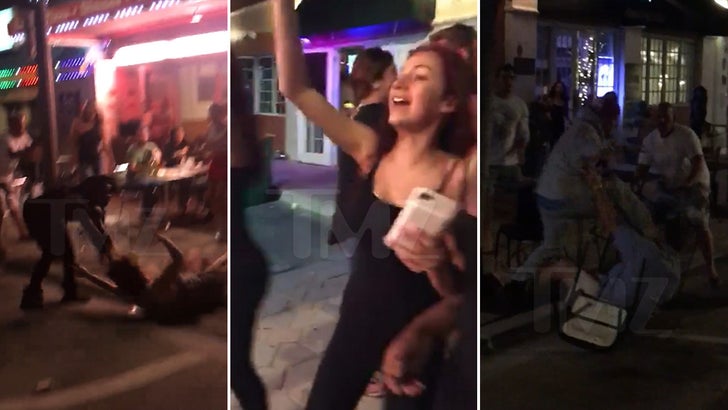 The 'Cash Me Ousside' girl ain't done picking fights yet -- only now, she's got her pals in on the action ... outside of a bar.

Danielle Bregoli was in downtown Lake Worth, FL Saturday night, where she and 2 of her girlfriends -- who also look like teens -- helped start a massive brawl at a nearby bar.

Eyewitnesses tell us Danielle and her crew were just passing by, when customers outside on the patio started taunting them with Danielle's catchphrase ... you know the one.

We're told Danielle and co. played along at first, shouting it back and teasing fans with the prospect of pics/selfies for $10 a pop -- that is, until Danielle started getting pissed by the constant shouting on the other end ... causing 1 of her friends to attack a lady.

A crowd started chasing the 3 girls down the street, but not before another random fight broke out between other bar goers right on the spot.

We're told Danielle and her friends were long gone by the time cops showed up. She was not arrested. 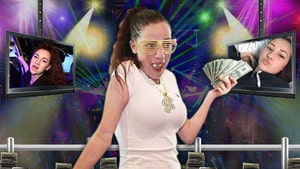 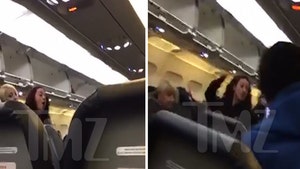