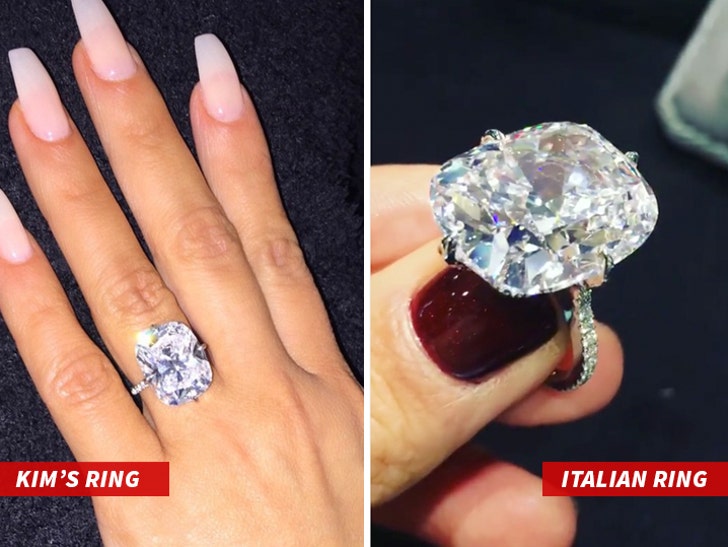 Kim Kardashian West's stolen $4 mil diamond may not be as rare as once thought -- a VERY similar stone surfaced in Italy, and it raises questions about what REALLY happened to Kim's bling.

After the robbery in France, one of the suspects told officials the stone was likely chopped up because it would be easier to move tiny diamonds than one big one.

But look what's up for sale in Italy ... a 22 carat cushion cut diamond ring that looks identical to Kim's piece.

We're not saying it's Kim's ring -- she said hers was only 20 carats -- but the point is, maybe Kim's diamond isn't the once-in-a-lifetime piece everyone thought it was.

And the more massive look-alikes on the market, the easier it would be for Kim's diamond to get lost in the shuffle IF someone tried to fence it.

Calls to the Pink Panther haven't been returned. 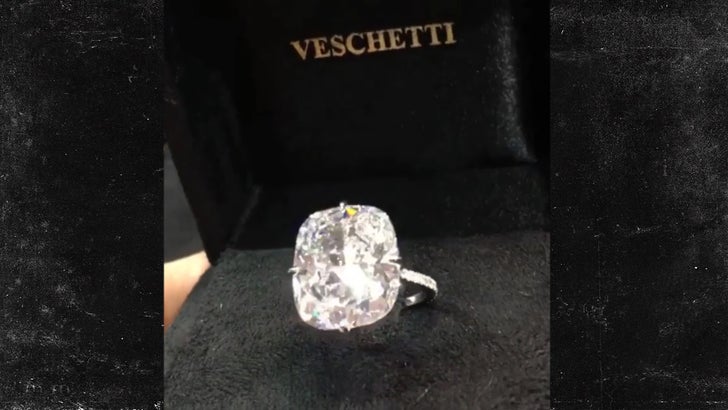 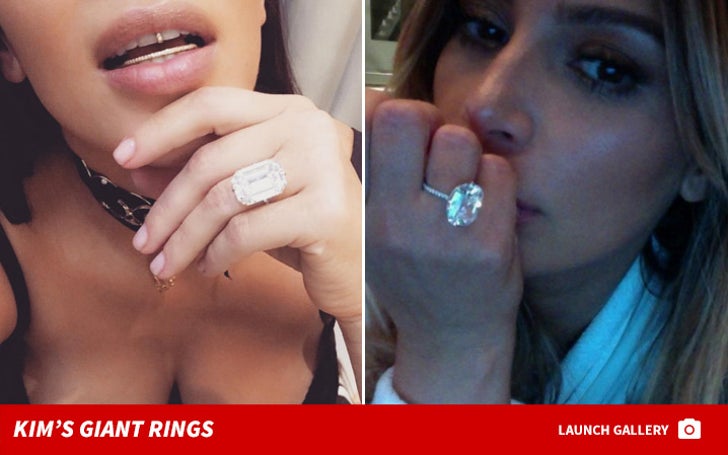