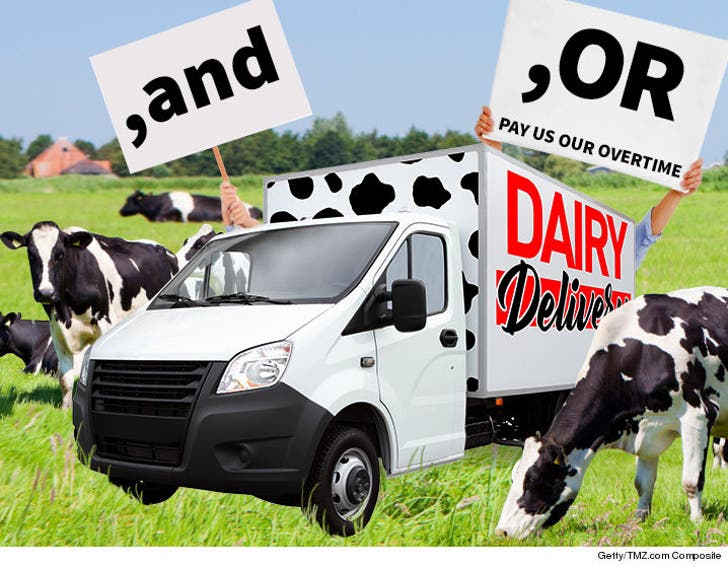 A bunch of dairy delivery drivers in Maine say the state's overtime law is unclear cause of a missing Oxford comma ... and no less than the Fifth Circuit Court of Appeals agreed.

The drivers are suing their employer -- Portland-based Oakhurst Dairy -- for unpaid overtime wages, arguing they qualify for that dough because of the confusing way Maine's labor law is punctuated ... without a comma to distinguish who exactly is exempt.

The part of the law they're dissecting says overtime doesn't apply to employees involved in the "canning, processing, preserving, freezing, drying, marketing, storing, packing for shipment or distribution of: (1) Agriculture produce; (2) meat and fish products; and (3) perishable foods."

The drivers say because there's no comma before the words "or distribution" ... it means the law only applies to packers, not folks doing the actual distribution.

At first, a lower court sided with Oakhurst, saying the law was quite clear ... but the appeals court said otherwise and sent it back down for further proceedings.

That makes this case crazy, amazing, and downright weird as hell. 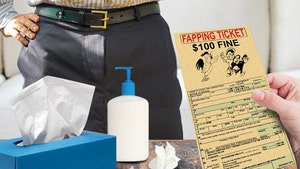 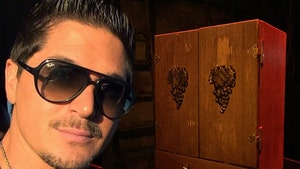