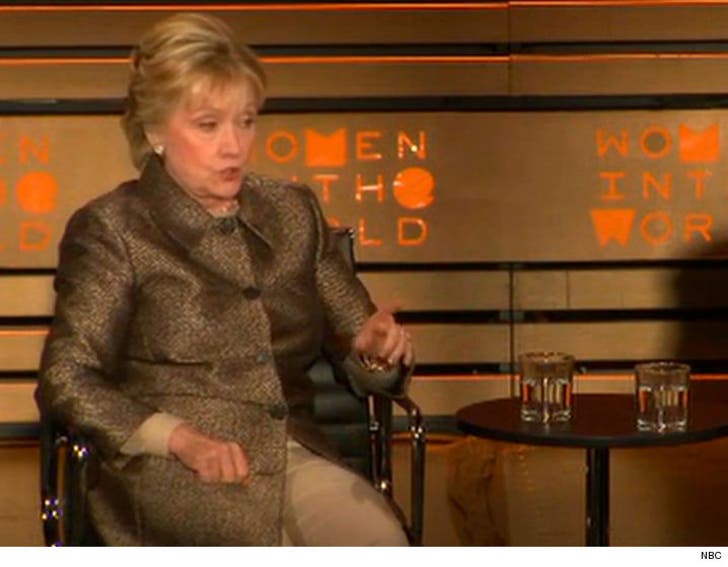 Hillary Clinton says there are 4 reasons that substantiate why she lost her bid for the White House to Donald Trump.

Clinton, who called the loss devastating, was interviewed at the Women in the World summit in NYC. Her reasons for the defeat:

-- Russia ... she blames Putin for meddling in the election and having an aversion to strong women

-- Misogyny ... she thinks a lot of people just couldn't handle a woman Prez

-- FBI Director Comey ... she says he torpedoed her with his email probe 2 weeks before the election

She does admit she could have done some things better.