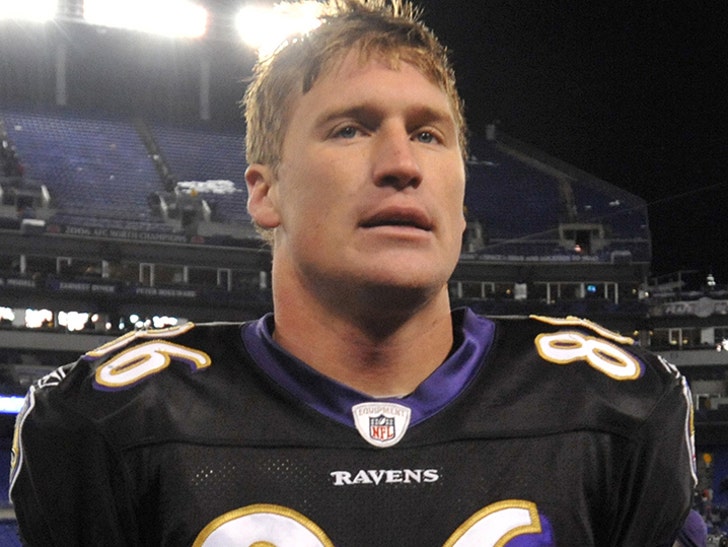 Former NFL star Todd Heap accidentally hit and killed his 3-year-old daughter while moving his truck in the driveway of his Arizona home today ... according to police.

Mesa Police say they responded to an emergency call for a pedestrian hit by a vehicle around 3:45 PM. Heap's daughter was transported to the hospital ... where she later died.

Heap's 3-year-old daughter was the youngest of his 5 children.

Officials say Heap -- a 2x-Pro Bowl tight end who played 12 seasons for the Ravens and Cardinals -- showed no signs of impairment.

The Arizona Cardinals released a statement on the tragedy, saying ... "Our hearts go out to Todd, Ashley and the Heap family. It is a grief that is beyond words and one which no family should ever experience."

The investigation into the accident is ongoing.