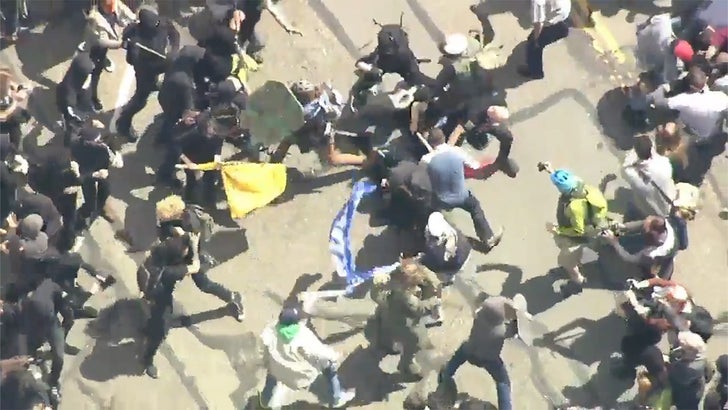 Donald Trump protesters and supporters have come to blows in Berkeley, California on Tax Day ... and the fight videos are completely nuts.

A group of anti-Trump protesters marching for Tax Day -- in an effort to get the president to release his taxes -- reportedly clashed at Martin Luther King Jr. Civic Park with Trump supporters holding their own "Patriot's Day" rally.

The scene is insane -- countless demonstrators get into fights ... swinging helmets and skateboards as weapons and using homemade shields.

Law enforcement sources tell us multiple arrests have already been made ... and there will most definitely be more. Berkeley police reports several prohibited items were removed from the park. 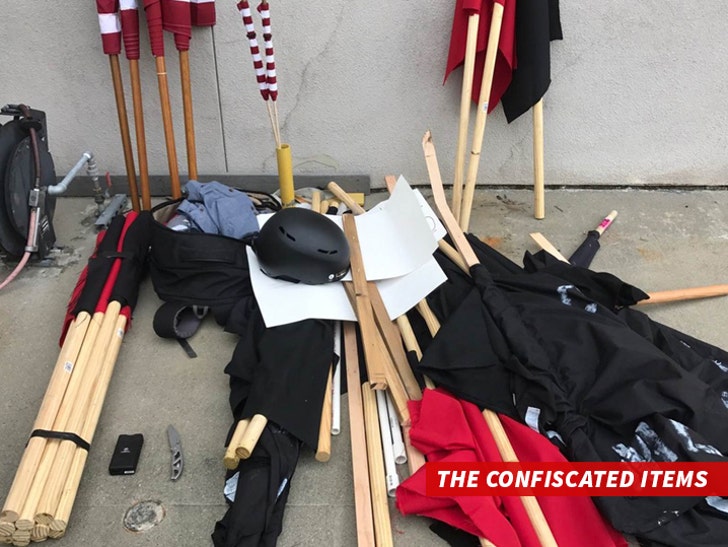