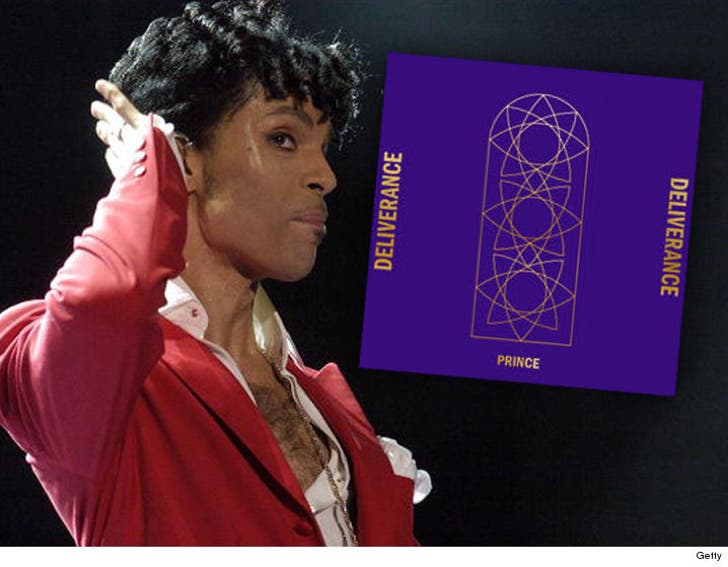 Prince is back! Six brand new songs are about to drop on iTunes, but the question is ... how long will they be there?

A Prince EP titled, "Deliverance" just popped up on iTunes listings. It features 6 tracks, including the title song ... which you can already preview.

You can pre-order the EP for a mere $3.99 but, other than the title track, the songs won't be available until April 21 -- the 1 year anniversary of Prince's death.

It's unclear if the Estate has approved the release. If you've got iTunes, CLICK HERE to get a taste ... while you can.

According to Spin ... the songs were all recorded between 2006 and 2008 and were co-produced by Prince and Ian Boxill.

A media release says the EP is being released on the independent label RMA (Rogue Music Alliance) and the "majority of sales of Deliverance will benefit Prince's estate."