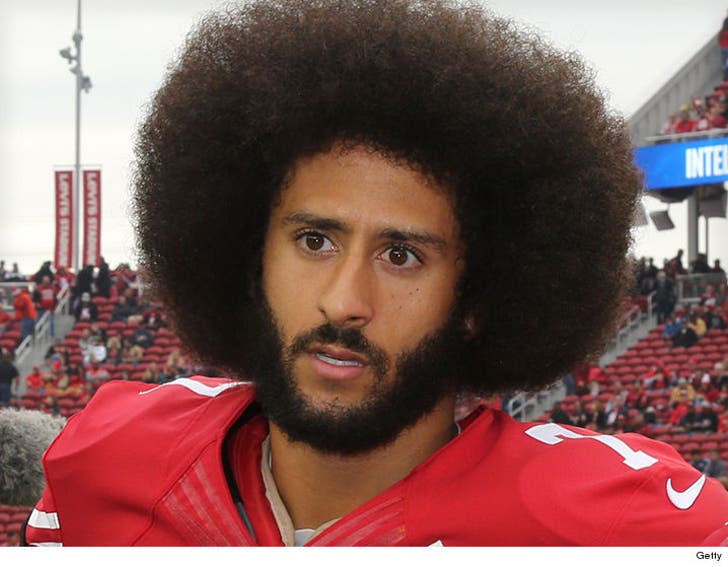 Colin Kaepernick's former 49ers head coach, Jim Harbaugh, is coming out STRONG in defense of his old QB -- saying Americans "must celebrate" him for his National Anthem protest.

Harbaugh -- who's now the head coach at Michigan -- authored the write-up for Kaep who was named as one of Time magazine's 100 most influential people.

In his piece, Harbaugh praises Colin as a great player and a courageous person -- and says the U.S. is "lucky" to have him as a citizen.

"Colin Kaepernick was alone in his early protests last year when he boldly and courageously confronted perceived inequalities in our social-justice system by refusing to stand for the national anthem," Harbaugh wrote.

"At times in our nation's history, we have been all too quick to judge and oppose our fellow Americans for exercising their First Amendment right to address things they believe unjust."

"Rather than besmirch their character, we must celebrate their act."

He continued, "How lucky for us all and for our country to have among our citizens someone as remarkable as Colin Kaepernick."