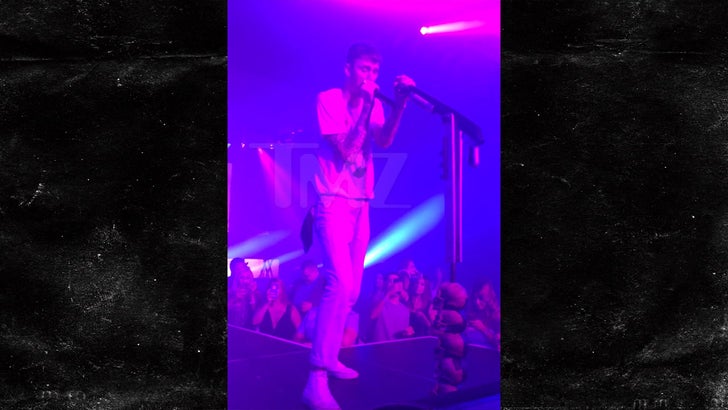 Machine Gun Kelly's concert was delayed when severe chest pain forced him off stage to get medical assistance.

MGK grabbed at his chest multiple times while performing at Seminole Casino in South FL ... and eventually couldn't stand the pain anymore. He walked off in the middle of doing his hit, "Bad Things."

According to Kelly's reps, paramedics had to come check him out at the venue. It wasn't a heart issue ... turns out Kelly was injured while shooting the movie "Captive State" a day earlier. We're told he's doing some of his own stunts on the flick, and as he described it ... got "punched in the chest 65 times."

Unclear what the diagnosis is -- broken ribs or just bruised -- but MGK toughed it out, and finished the show. He was still in pain though, and gladly accepted (*cough cough*) herbal remedies from a fan. 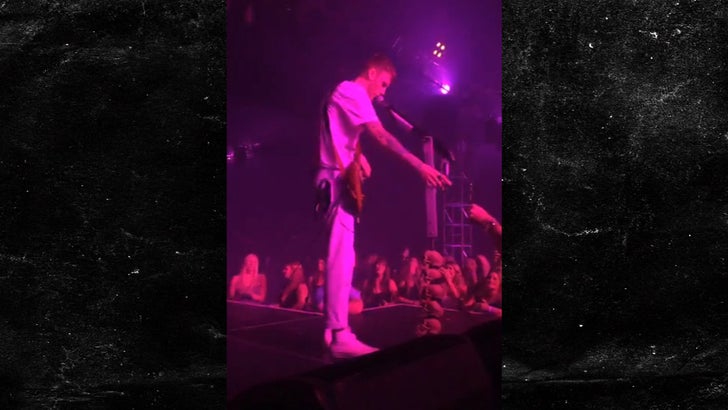 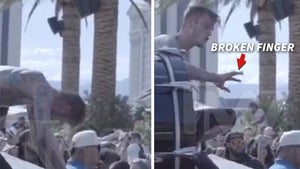 Machine Gun Kelly -- Gets the Finger in Vegas (VIDEO) 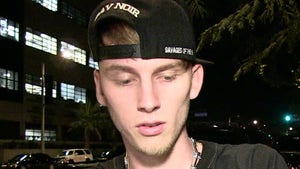 Machine Gun Kelly -- Thanks, Judge ... For Hiding My Boozy Past