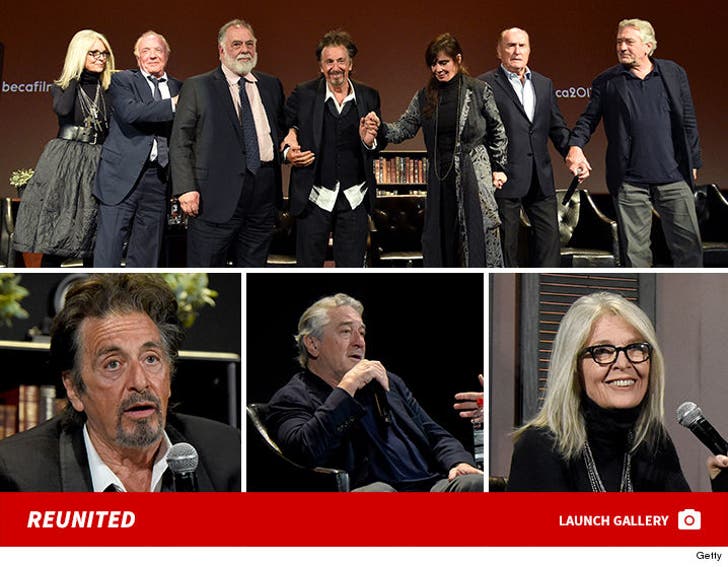 Robert De Niro made his team at Tribeca an offer they couldn't refuse ... him, Al Pacino and the rest of "The Godfather" cast and crew on one stage together again.

De Niro got the panel together after a back-to-back screening of Part 1 & 2 of the classic mobster movies. He runs the festival after all ... so it's not like anyone was gonna tell him no. It's also the 45th anniversary of Part 1.

The old cast dished on stuff that went down behind the scenes of the movies -- like the cat that wandered onto Marlon Brando's lap ... or Al and Diane getting loaded after the wedding scene ... or everyone mooning each other at one point on set. Oh, and Paramount's reluctance to cast Al, of course.

As lovely as it might have been to see these stars come together for 2 cinematic gems, the night proved long. Their whole event wrapped 9 hours later. 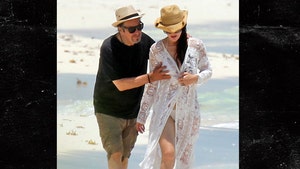 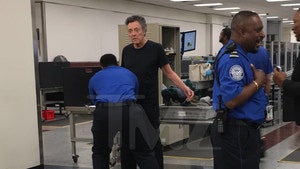