Quincy Combs' relationship with his estranged biological father, singer Al B. Sure, has gone from pretty much non-existent to the two of them doing a music video together.

It's a big step in their relationship. If you recall ... Quincy penned an open letter years ago praising Diddy -- who raised him with his mom, Kim Porter -- for always being there when Al wasn't. At the time, Quincy said he always wondered about Al -- "Where he was? What was he doing? and most importantly, Was he even thinking about me?"

We're told things have slowly gotten better since then. Al and Quincy have been going out to dinners and their relationship is the best it's ever been. 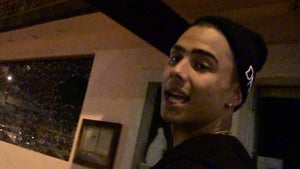 Diddy's Son Quincy Combs -- I'd Do 'Empire' in a Heartbeat ... No Matter What My Dad Wants (VIDEO) 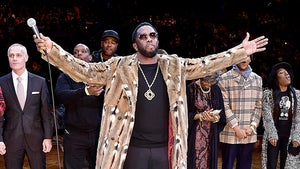