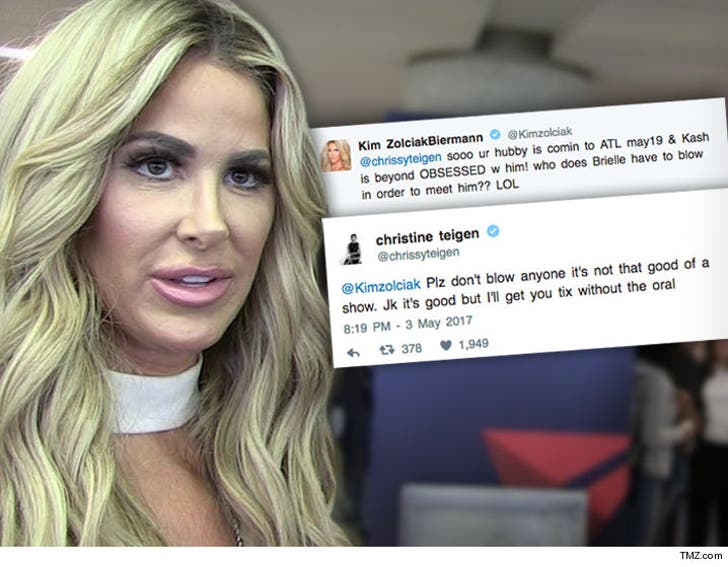 Kim Zolciak was joking when she said her daughter, Brielle, would trade oral sex -- in fewer words -- to meet John Legend, but if you didn't know it was a joke ... Kim says you can kick rocks.

Kim hit up Legend's wife, Chrissy Teigen, Wednesday on Twitter about his upcoming Atlanta show. Naturally, several of their followers thought her joke went too far, or maybe she'd been hacked.

But Kim tells us it was all in jest, and if you regularly follow her and Chrissy, you would know that's just their sense of humor. She added, "If you can't take a joke feel free to unfollow." 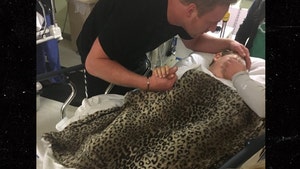 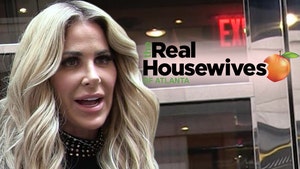