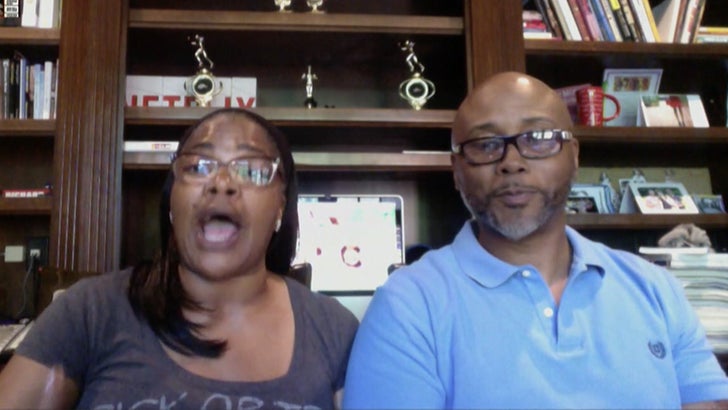 Mo'Nique won't be issuing apologies to Lee Daniels, Oprah or Tyler Perry and she's not afraid of any further backlash she gets for simply saying what's true ... in her eyes.

Mo' and her husband, Sidney Hicks, told us they believe Oprah and Tyler participated in Lee's campaign to label her "difficult to work with" on sets. She wanted to make it clear ... even though she was doing a comedy stand-up special, she was dead serious about the allegations.

As she told the Apollo Theater, the black Hollywood power trio ... "Can suck my d***, if I had one!"

Mo'Nique insists she's standing on the truth .... just like one of her heroes, Richard Pryor would.