9:50 PM PT -- Greg Gianforte has been cited for misdemeanor assault by local authorities. Cops found that the nature of Jacobs' injuries did not meet the statutory elements of felony assault. Gianforte has between now and June 7 to appear in Gallatin County court.

6:20 PM PT -- Jacobs called cops after Gianforte's alleged attack to report an assault, and is reportedly getting X-rays on his elbow at a local hospital.

Gianforte's camp just released a statement ... they claim Jacobs entered the office without permission and began aggressively asking questions, and when Greg tried to grab the phone pushed in his face, Jacobs "grabbed Greg's wrist, and spun away from Greg, pushing them both to the ground."

A Montana politician running for congressional office body slammed a reporter ... and the sounds of the scuffle were caught on audio tape.

Greg Gianforte -- who's gunning for a House seat in Congress in a special 2017 election -- slammed Guardian reporter, Ben Jacobs, Wednesday in Bozeman, Montana during an event ... around local TV crews, at that. He then yelled to "Get the hell out of here!"

Jacobs tweeted about the incident, saying Gianforte "broke my glasses."

The reporter's question about the GOP healthcare bill seemed to spark the attack, but it's unclear if Gianforte faced any repercussions. Jacobs was quick to get the audio to the Guardian, which posted it soon after.

Jacobs also shared a photo of his broken glasses ... as he was being taken away in an ambulance. 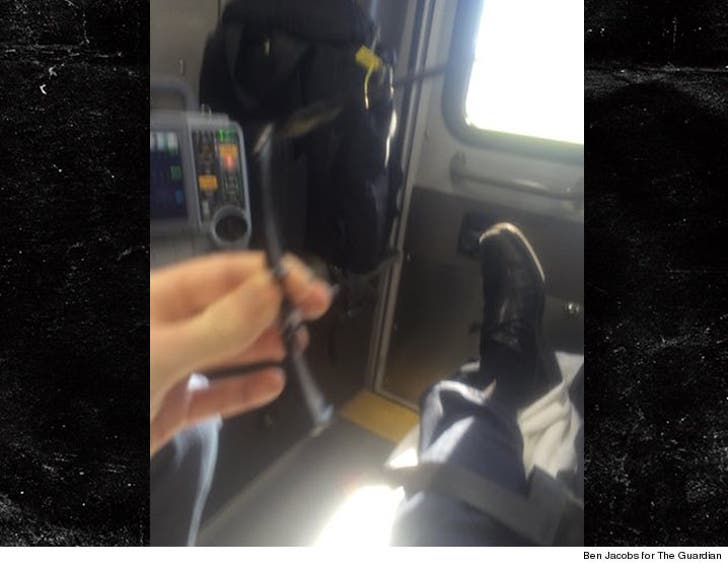 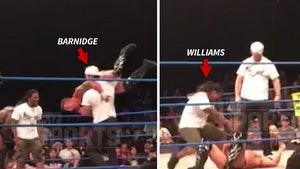 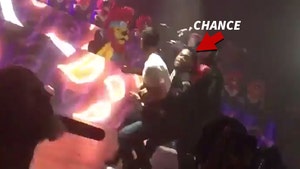