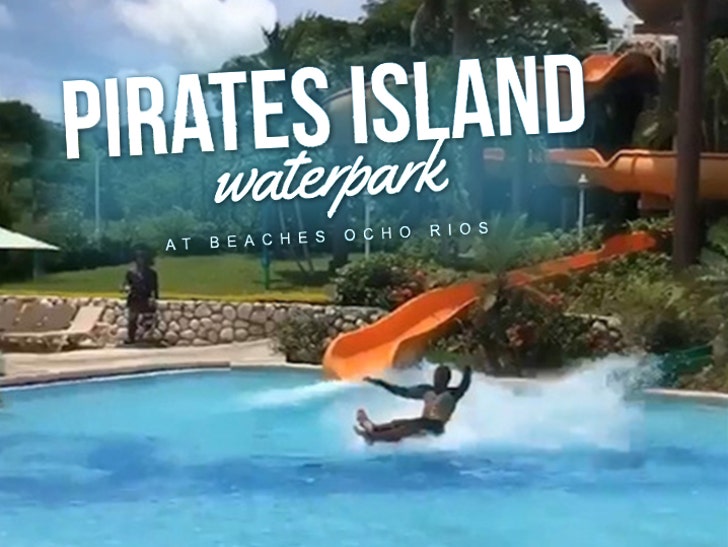 That water slide viral video is the real deal according to the guy who pulled it off ... and he told us exactly how he perfected the gravity-defying move.

The guy's name is Rolando Johnson ... a 21-year-old lifeguard at Pirates Island Waterpark in Jamaica. He says he practiced it for 2 years before finally sticking the landing, but the technique is pretty simple:
1. Get a big push at the top of the slide for maximum speed
2. Cross your legs and sit up RIGHT before shooting out of the tube.

Rolando says that sitting up motion, coupled with the speed creates the glide.

He added, there's no tricky business with his shirt -- he always pulls it up to his chin to hold it there.

Rolando's no unicorn though ... he says a bunch of his co-workers can do the glide, he just happened to be the one captured doing it this week.

He says the lifeguards are now a tourist attraction ... with people lining up to watch 'em skip their ass over the pool. 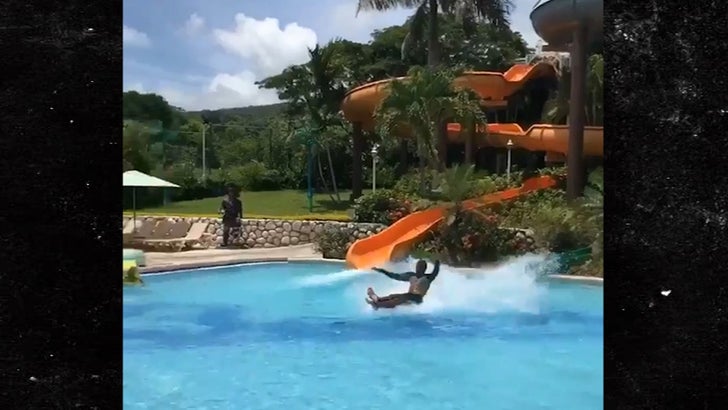 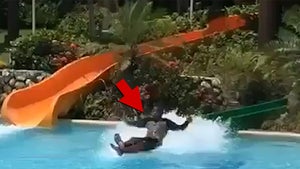 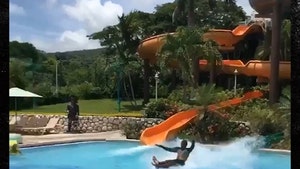