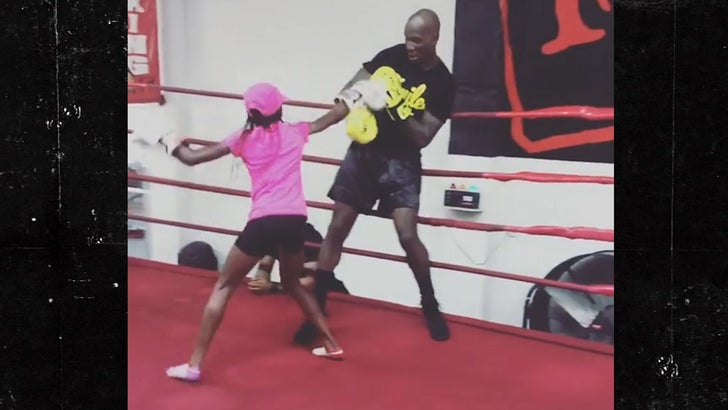 Chad Johnson needs to learn who to pick a fight with -- and it's clearly not his 12-year-old track star daughter Cha'iel ... 'cause here's video of the tyke straight putting hands on her old man.

Chad and Cha'iel train together a lot -- like we said she's a lightning fast track prodigy -- and this time they took it to the ring to get a little boxing cardio in.

Bad move, Chad ... check out the video of the younger Johnson stalking her pop like a kid who's been denied their allowance, cutting off the ring and dishing out punishment like a pint-sized GGG.

Keep your hands up, Ocho.