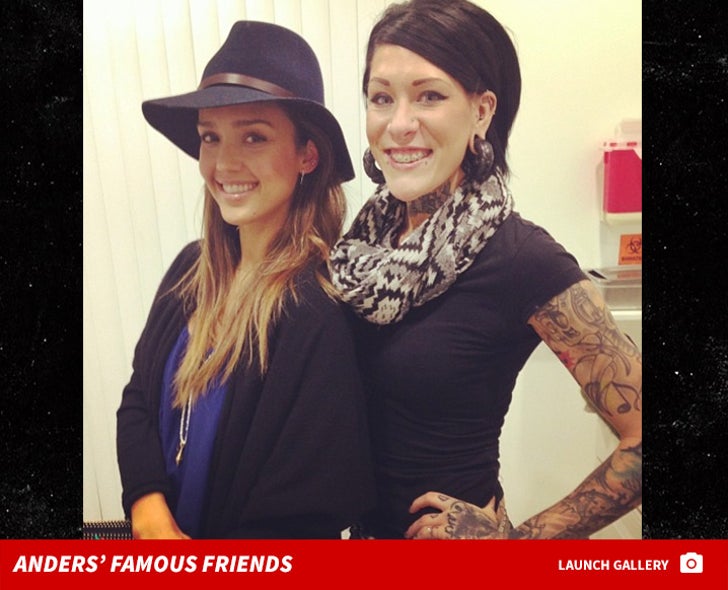 A body piercing artist to the stars made a citizen's arrest against an actor whom she claims sexually assaulted her on a United flight -- something he vigorously denies.

Stephanie Anders says she was flying back from her best friend's funeral last week when she fell asleep in her seat. She claims she was awakened by the man sitting next her who allegedly had his hands all over her butt.

She claims the offending passenger -- 6'5" Cody Deal, who's appeared in "Hangover" and starred in a sci-fi movie, "Almighty Thor" -- got aggressive when she called him out to a flight attendant, saying the touching was all consensual.

Deal's lawyer, Michael Kraut, tells us his client never laid a finger on her and never screamed anything was consensual.

Anders, who works at Royal Heritage Tattoo and Piercing in L.A. and counts numerous celebs as her client, including Jessica Alba, AJ McLean and Gwyneth Paltrow, made a citizen's arrest. The LAPD took Deal to the station and booked him for misdemeanor sexual battery.

Deal claims she made up the whole thing, and she was angry because he got pissed off when she repeatedly coughed on him. Attorney Kraut adds, both the FBI and LAPD refused to arrest Cody and that's when she decided to make the citizen's arrest.

The L.A. City Attorney now has the case, but rather than filing formal misdemeanor charges the matter will be handled in an informal office hearing, though the City Attorney says he reserves the right to prosecute.

Anders' lawyers, Ben Meiselas and Mark Geragos, tell TMZ they plan on suing both Deal and United. The lawyers blame the airline for not having a "sexual assault protocol" and felt it was outrageous all the flight attendant did was move Anders to another seat across the aisle. 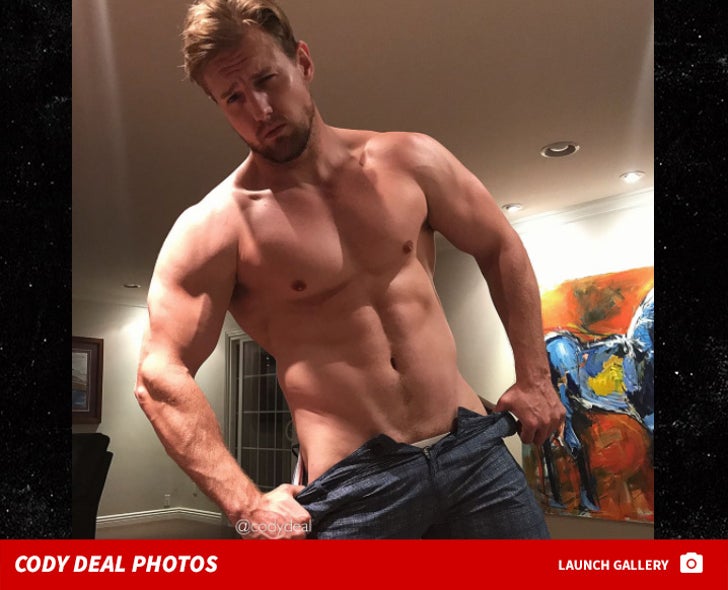 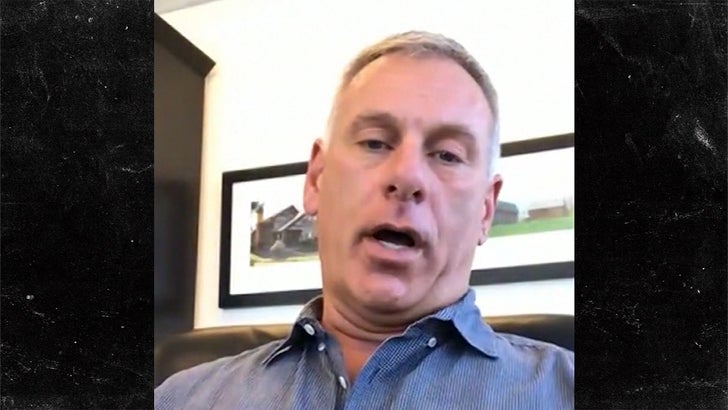 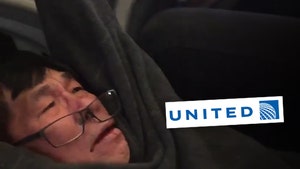 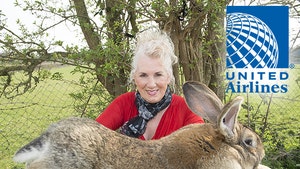