Israeli Prime Minister Benjamin Netanyahu told a group of NFL Hall of Famers that his approach to peace is "no different" from how a football player prepares for victory ... be strong or else.

The meeting was arranged by New England Patriots owner Robert Kraft -- who's leading a team of NFL legends including Joe Montana, Jim Brown and Jerome Bettis on a goodwill trip to Israel. 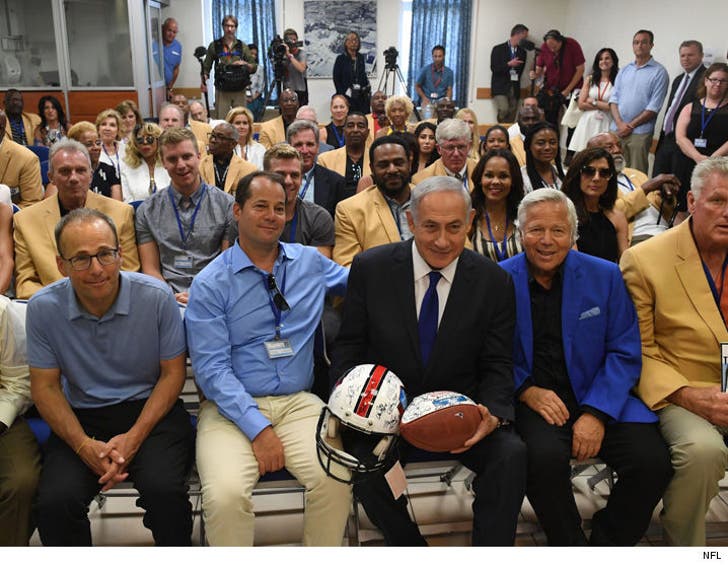 Part of the trip was a meeting with Netanyahu -- a meeting that included handshakes, autograph exchanges and even a quick game of catch.

But the key part of the meeting was when Bibi addressed the group and gave his take on the Israeli peace policy ... tailored to a football audience.

"I'm sure that when you prepare for your games, you don't say, 'Well, do I need to be strong, fast, nimble? Is that a question? Your game is no different from ours."

"The only difference is if we lose the consequences are immutable. And we've had enough of that in our history. So we won't let that happen again." 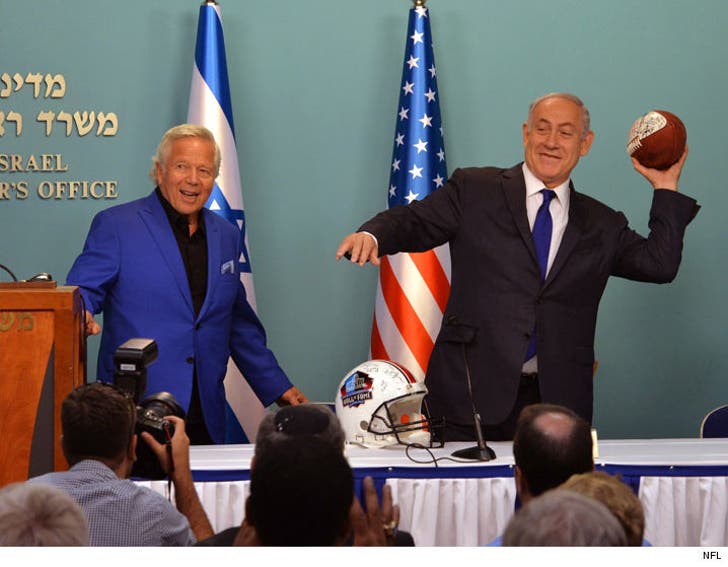