Drake, Kanye West, Migos and Tyler Perry got put through the ringer before being allowed to perform at Philips Arena in ATL ... while Amy Schumer and Bon Jovi got the VIP treatment.

And why?? Blackness ... allegedly.

A former Atlanta Hawks security manager -- who also ran event security at Philips Arena -- is suing the team claiming he was wrongly fired after pointing out a system of discrimination against black celebs at the arena, which is operated and staffed by the Hawks.

Sam Hayes says it was obvious from the start of his employment in August 2016 that his white boss was going out of his way to make black stars go through more rigorous security checks than white stars.

On August 26, Drake and Future performed at Philips Arena and had asked to bypass metal detectors on their way inside but their requests were denied.

One week later, AC/DC performed and made the same metal detector bypass request -- but theirs was granted.

Ariana Grande -- GRANTED (Hayes says she "doesn't like people looking at her").

Hayes claims things came to a head in April 2017 when a black security officer told a white member of Radiohead's crew he had to walk through a metal detector -- and the crew member responded by dropping his pants. Hayes says a white staffer intervened and allowed the crew member to bypass.

Hayes says he went to management and was told, "Hip hop acts draw a different crowd and the white acts bring in more money."

Hayes says he was ultimately fired for bringing the issues to light -- though he was told he was axed for reprimanding lower level staffers without first consulting Human Resources.

The Hawks are adamantly denying the allegations -- with a team spokesperson telling TMZ Sports, "[Samuel Hayes] was terminated for poor performance and his claims are baseless."

"We will defend vigorously.” 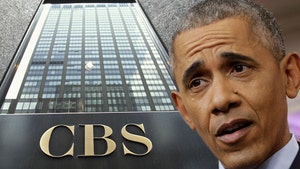