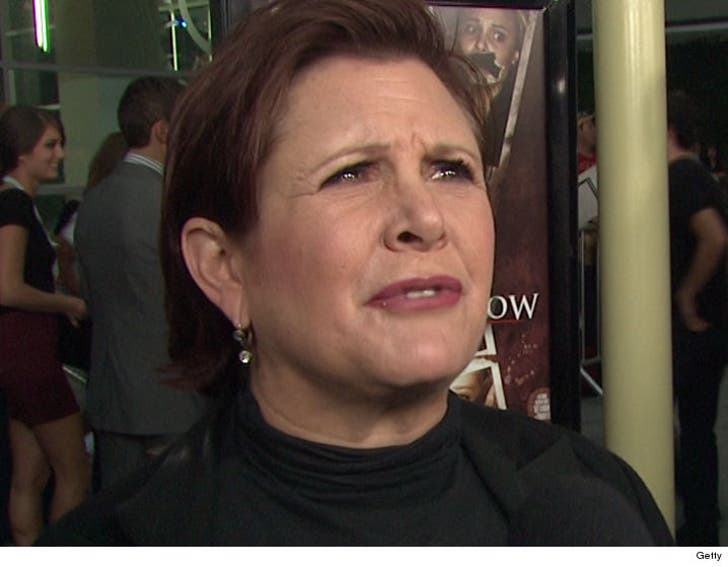 Carrie Fisher's most prized possessions are about to hit the auction block ... but behind the scenes there's a scramble because turns out some of the items weren't hers at all.

There's a lot of intrigue over what happened, so let's tell it like a movie:

SCENE 1: BIG ANNOUNCEMENT!!! You can own a cherished memento of Carrie Fisher -- maybe even something from "Star Wars" -- if you open your wallet ... big. The auction page advertised "The Personal Property of Carrie Fisher and Debbie Reynolds."

SCENE 2: GOOD MORNING AMERICA. Carrie's bro, Todd, appears on the show last month to promote the auction and takes viewers on a tour of her home. He stops at a Yoda statue and refers to it as "her Yoda."

SCENE 3: FRIDAY, JULY 7th. Someone sends an email to TMZ, pointing out the Yoda was never owned by Carrie and was purchased by Todd at an auction in March, months after her death. That made us say, "Hmmmm."

SCENE 4: INTRIGUE. We contacted CGA, the company that was hired by the auction house -- Profiles in History -- to authenticate 20 action figures, which were labeled, "The Carrie Fisher Collection." Turns out, at least 4 of the action figures were not Carrie's and were also purchased at the "Yoda" auction. We're told CGA is now so concerned about authenticity they've asked to get all 20 items back for another look.

SCENE 5: OOPS. A rep for the auction house tells us they were always planning on selling separate items as "The Fisher Family Collection," in addition to items personally owned by Carrie and Debbie. That confused us, because items purchased at auction 3 months ago are not exactly part of the family.

SCENE 6: WHAT'S TO BECOME OF YODA? Relax, he'll stay put in the Fisher family. The auction rep tells us it's not going up for auction.

The auction will go down in September and a portion of the proceeds will go to charity. 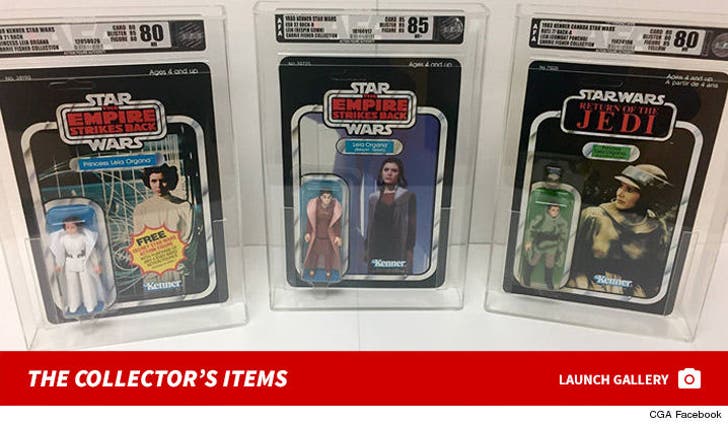 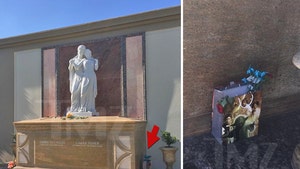