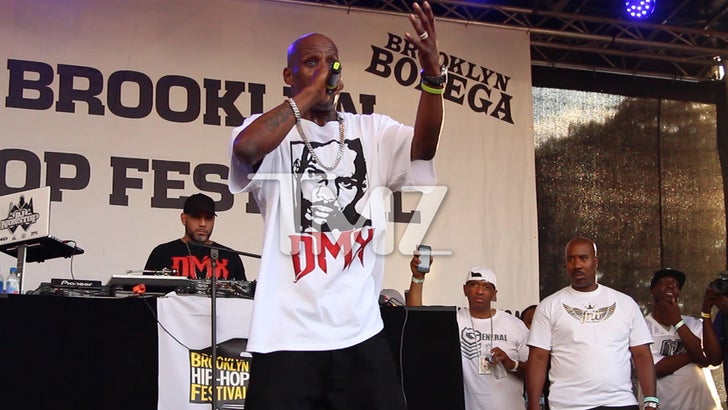 DMX is counting his recent IRS problems as a blessing, even though he could face 44 years in federal prison if convicted, and it's because he's gotten closer to the man above.

X got preachy with the crowd at the Brooklyn Hip-Hop Festival ... a day after his release from jail for multiple tax evasion charges.

He says he's no role model but sounds like he thinks people should still listen to what he's got to say, and he has a lot to say.