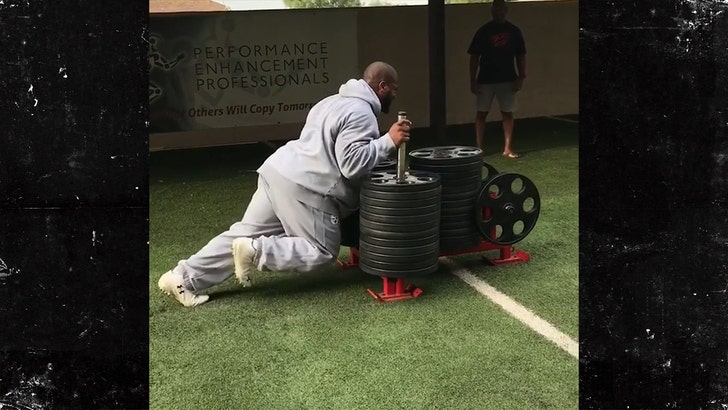 James Harrison is the KING of crazy strength training videos ... but an NFL rookie might be comin' for the throne.

In the blue corner ... 39-year-old Steelers LB pushing a sled weighing OVER 1,800 POUNDS -- that's one plate for each year of his life.

James takes a few tries. Duke did his easy.

Keep in mind, though ... pushing is harder than pulling -- and Duke has wheels workin' for him too. 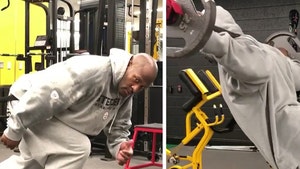 Steelers' James Harrison Back In Gym at 5 AM ... NO DAYS OFF (VIDEO) 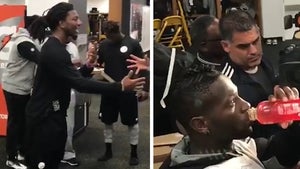