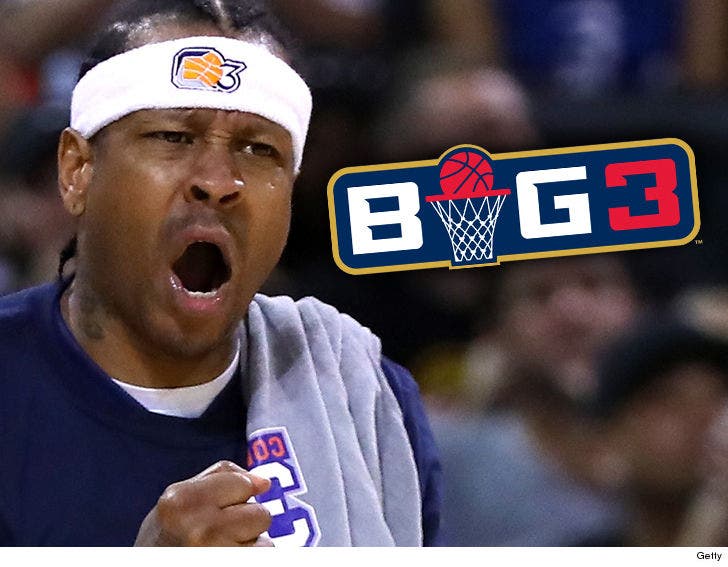 It's shades of 2000 all over again for Allen Iverson -- who was just suspended 1 game for blowing off the BIG3 in Dallas.

As we previously reported, The Answer was a no-show in Dallas last weekend when his team -- 3's Company -- was scheduled to take on Team Power.

Iverson had been hitting the casinos hard in Chicago before the game -- and was spotted at a Chicago restaurant Sunday night, after blowing off the league.

Iverson apologized to Ice Cube but did not explain his absence publicly.

It ain't A.I.'s first basketball suspension -- he was punished by the 76ers after missing practice in 2000.