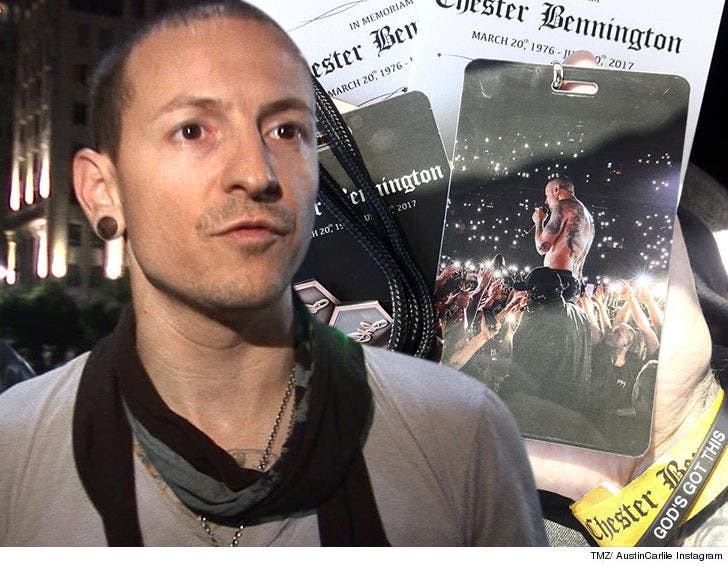 Chester Bennington's inner circle was not about to let someone profit off his funeral ... so they stepped up and helped stop the person trying to sell his memorial items.

Sources close to Chester tell TMZ ... they found out someone posted a program, wristband, lanyard and pin from Chester's service on eBay Tuesday, and immediately contacted the site asking to have the items removed.

Ebay did exactly that ... but not before the highest bid topped $50,000. An eBay spokesperson tells us the company doesn't allow sales of items that "attempt to profit from tragedy." We're told they contacted and educated the seller, and will take further action if it happens again.

As for the identity of the seller ... our Chester sources believe it was someone who worked with Linkin Park in production, and when they took a look at the account's history they realized the person had sold other LP merch in the past.

Gross. People are selling items given out at Chester Bennington's memorial on @bigkrisradio 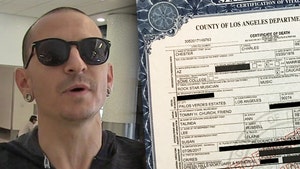 Chester Bennington's Death Certificate, Suicide by Hanging with a Belt 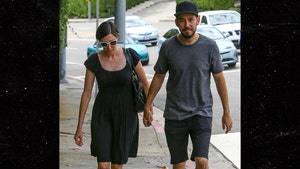