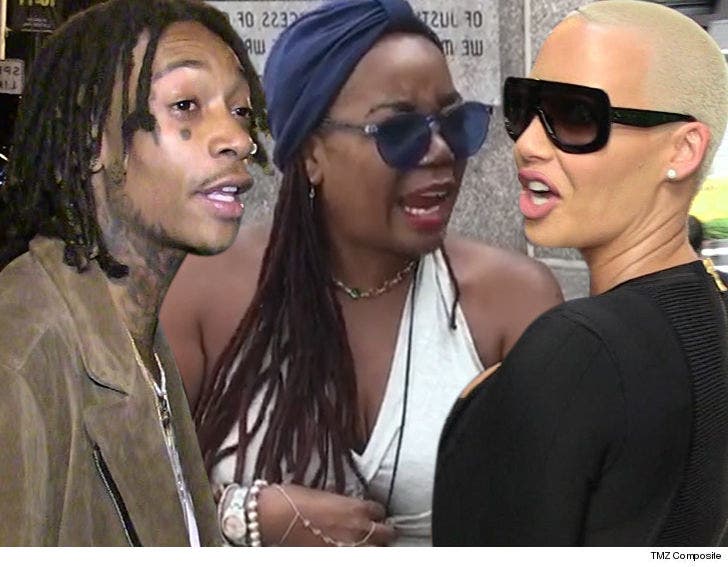 Amber Rose launched into a profanity-laced phone call accusing Wiz Khalifa's mother of being an unfit grandmother ... so says Wiz's mom in a lawsuit.

Katie Wimbush-Polk is reportedly suing Amber for defamation because she says Wiz's ex said she was responsible for her child's death. Khalifa's sibling, Dorien "Lala", died in February of complications from lymphoma.

In the suit -- as reported by the Washington Observer-Reporter -- Amber made the phone call to Katie after Katie allegedly reported Amber to California Child Welfare Services. Katie denies making the call, and nothing came of it when child services visited Amber on June 19.

Wiz's mom is suing for damages. We've reached out to Amber, so far no word back.