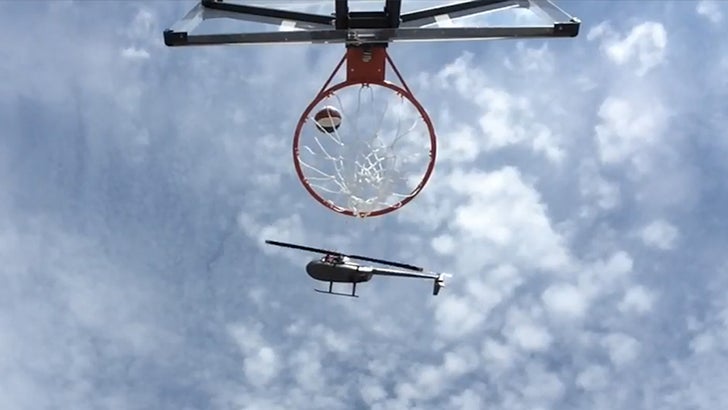 THE GLOBETROTTERS JUST HIT A TRICK SHOT WHILE FLYING!!!

In what might be the greatest trick shot video ever, Harlem Globetrotters star Bull Bullard took off in a helicopter at Morey's Piers in NJ ... and sank a shot from 210 FEET in the clouds!!

The Globetrotters claim the shot is a world record -- the highest shot from an aircraft ever!

It's just another highlight in a string of incredible trick shots from the Globetrotters -- who've also done it from land, sea and a roller coaster. 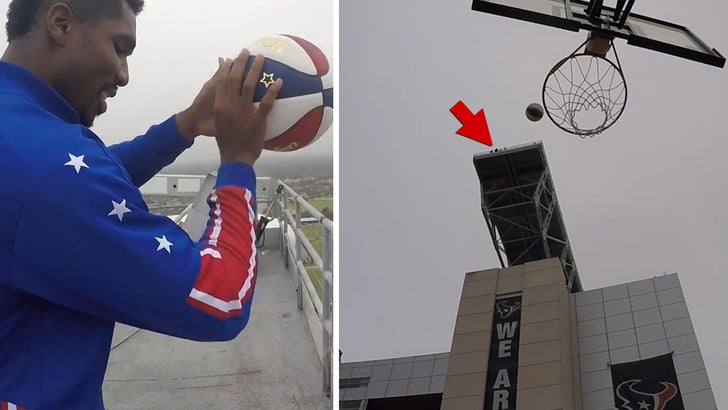 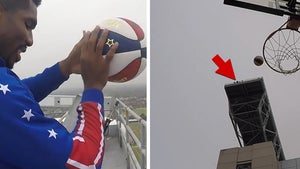 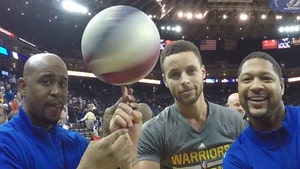