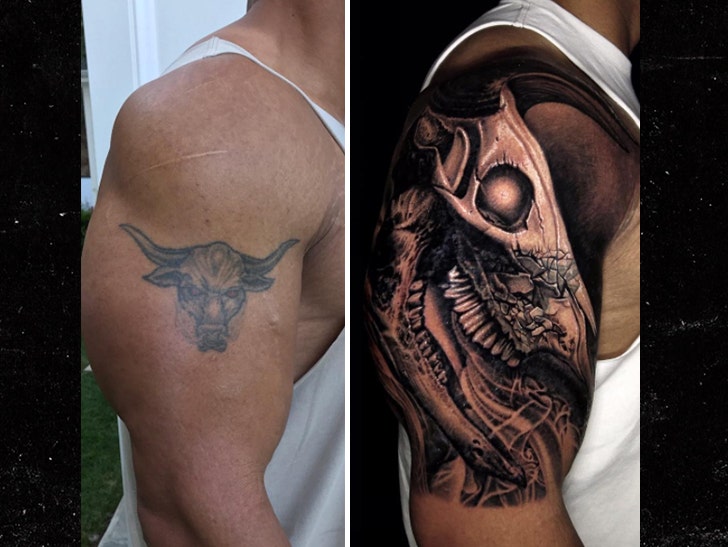 The reign of The Rock's famous bull tattoo is OVER.

Long live the reign of his new one.

He calls it "Evolution of the Bull" -- 22 hours of tattoo work to cover up the famous bull head he's sported on his arm ever since he burst on to the scene as a WWE superstar.

But Rock -- real name Dwayne Johnson -- says he decided to change his body part to reflect his own personal history.

"From the cracks and heavy damage in the bone representing life's hard lessons I've learned over the years. Just like scars and wrinkles - I'm so grateful to have 'em because they're earned. To the horns, not pointing up or out to the side, but pointing straight ahead representing relentless energy and forward progress."

Rock says the eye tells the story of a "disruptive positive energy always ready to dent the universe."

Good for Rock. It's his body. He can do what he wants.

But we kinda liked the old one. 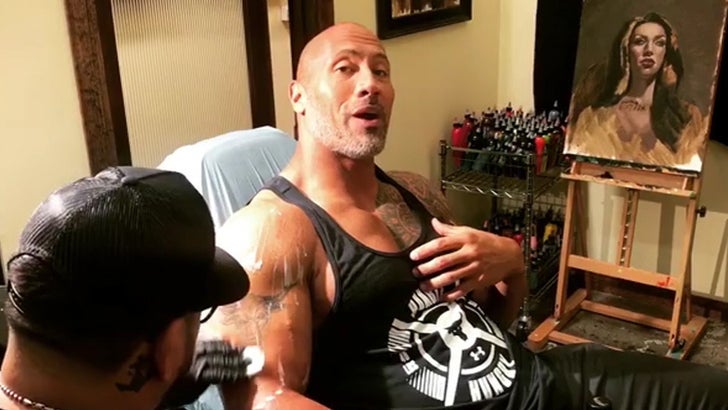 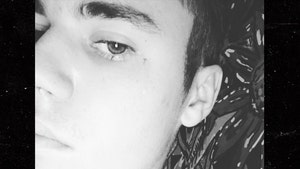 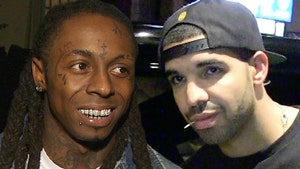