Uber is being sued after one of its driver's allegedly beat up a passenger and then later showed up at his home to beat the dude up again, this time with a metal rod.

David Riordan says he ordered the Uber ride home from a 2016 Christmas party in Chicago's Wicker Park. He says he was picked up in a Honda Accord by a driver named Munstr Abuseimi, who became aggressive, kicked Riordan out of his car, and then got out and punched him several times.

Riordan says he went to a friend's house after the attack, where he contacted Uber to report Abuseimi, and about an hour later ordered another Uber to take him home.

But Riordan says when he got to his house, Abuseimi was there waiting and attacked him with a metal rod from behind with the fighting words: "Don't f*** with Uber drivers!"

Riordan says the ambush left him with a fractured left orbital, bleeding in his brain, concussion and a dislocated jaw with nerve injury. He says he also had to get 9 stitches. He's suing Uber because he thinks the company is prioritizing profits over rider safety by not sufficiently screening its drivers.

Riordan's lawyer, Ian Alexander of Goldberg and Goldberg, tells us they've tried to settle the case with Uber, but they've been unresponsive.

We reached out to Uber, who told us while they don't comment on lawsuits, the driver no longer has access to the driver app. 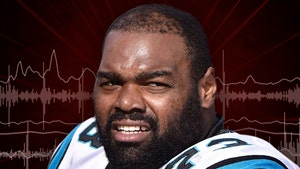 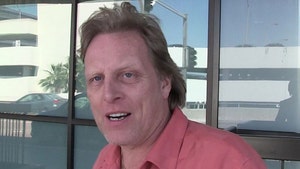