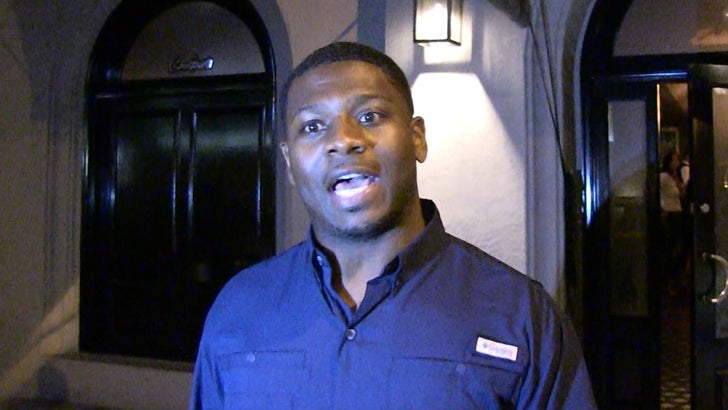 LaDainian Tomlinson loves him some Odell Beckham -- loves -- but tells fantasy football owners he's got some real concerns about the WR after that scary-looking injury Monday night.

LT was leaving Craig's in West Hollywood when we asked for his 3 MUST-HAVES on his FF team.

After busting out 3 top names who weren't NY Giants, the Hall of Famer explained why the ankle injury is raising some red flags.

For the record, Beckham was optimistic about the injury after the game and seemed to be in good spirits.

There's more ... LT also reacts to news articles comparing his HOF speech to Obama (he's blown away) and tells us what he's been doing with that brand new gold jacket (it's cute).