Meek Mill went HARD at James Harden's birthday ... getting a crew of rap all-stars on stage at Drai's Nightclub in Vegas for The Beard's 27th.

Meek spit his "Dreams & Nightmares" track with Chance the Rapper, Jeezy, Trey Songz ﻿ and 50 Cent all chillin' next to Harden. The crowd ate it up ... not just for all the talent assembled on one stage, but because it appeared to include a truce.

Meek and 50 have been beefin' for a minute, but both seemed cool to kick it for the Rockets superstar.

The other MCs all got on the mic too, and even though the party did not feature fireworks ... we're guessing Harden loved this one more than his 25th with the Kardashians. 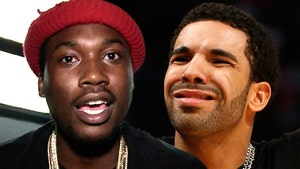 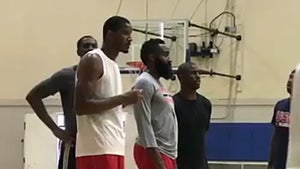