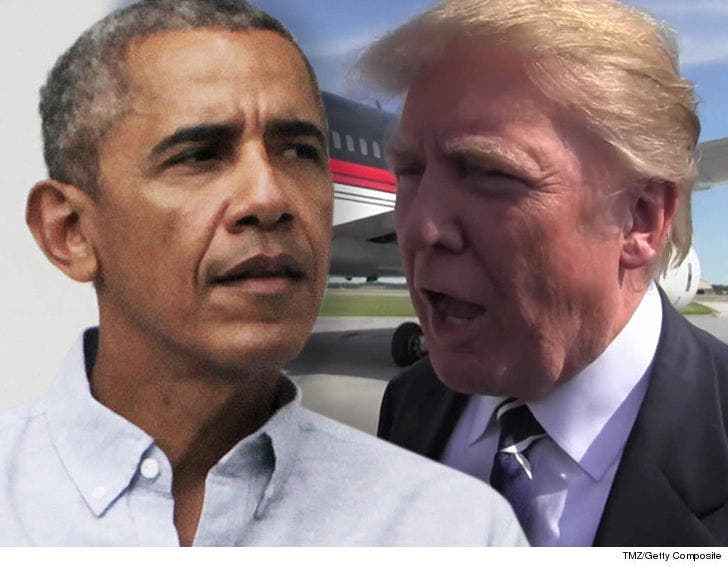 Barack Obama had some written words of wisdom for President Trump on the day of his Inauguration ... mostly on how to keep the country running smoothly in his absence.

Obama's penned parting letter has just been revealed ... the one he wrote on his way out for the then-incoming President, which he left in the Resolute desk of the Oval Office for Trump to find later.

In the letter, Obama tells Trump to help people less fortunate than both of them, by doing "everything we can (to) build more ladders of success for every child and family that's willing to work hard." Yep, that's a typo on Barack's part. Still, it's a nice thought.

Obama also tells Trump to lead by example and action among the international community, and to respect the democratic institutions of the Office of President -- which, he reminds Trump, is only temporary.

And finally, Obama suggests making time for family to get Trump through the rough patches -- ending with an offer of help anytime Prez 45 might need it.