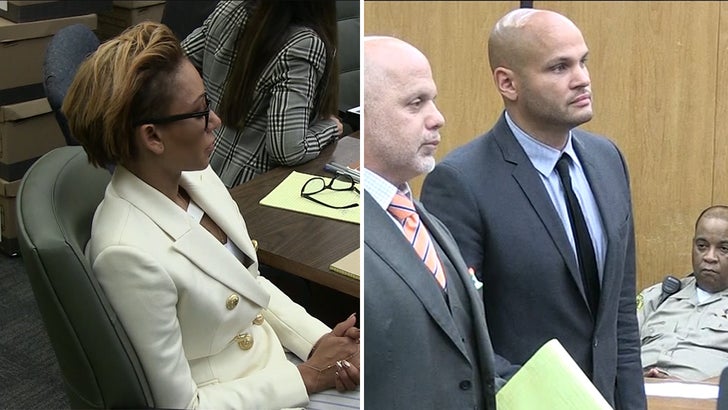 Stephen Belafonte just walked into an L.A. courtroom and nervously trained his eyes on a woman who now claims he brutalized her and threatened to destroy her life -- Mel B.

It was a short, tense face-off as the estranged couple faced a judge in the case Mel B has against former nanny Lorraine Gilles.

Mel B tried to avoid looking at Belafonte. As for him, he fidgeted around after arriving super late for the hearing. His attorney had to call Belafonte and say the judge wasn't happy he was a no-show.

Mel B's lawyers, Susan Wiesner and Larry Bakman, asked the judge to modify the case against Lorraine -- changing it from civil harassment to domestic violence. The lawyers claim the alleged illicit sexual relations between the 3 -- in various configurations -- makes it harassment against domestic partners.

The point being ... if it's a domestic violence case it's easier for Mel B to get a permanent restraining order.