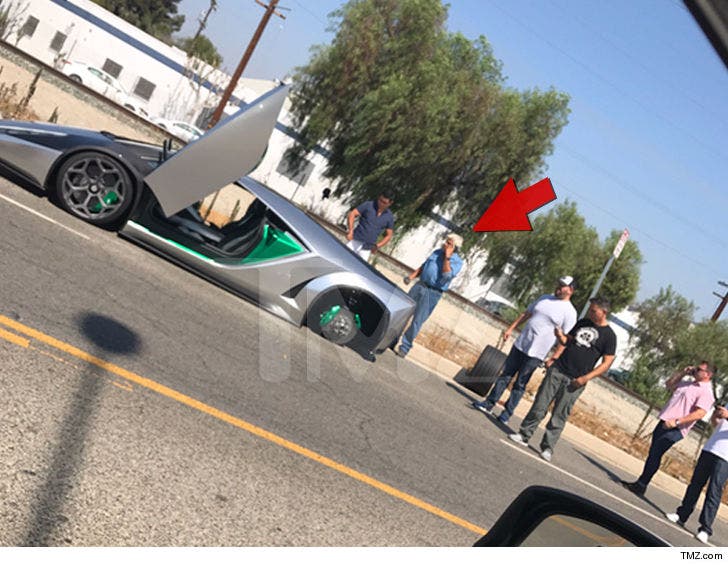 How many people does it take to fix a tire on Jay Leno's super exotic sports car? Seven oughta do the job, based on what happened in Burbank, CA.

The famous car enthusiast and host of "Jay Leno's Garage" was spotted roadside on Thursday, looking over the whip which was missing the left rear tire AND wheel. They were in the middle of shooting an episode for Jay's show. It looks bad, but we're told they were just fixing a flat.

Jay's no stranger to roadside trouble, so we're sure insurance would cover any damage, and if not ... we think Jay's good for it. 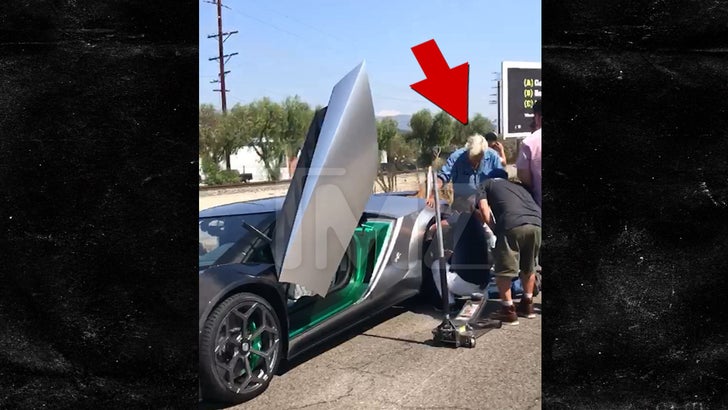 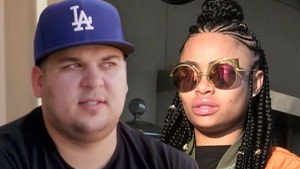 Sure, Blac Chyna Gave Rob the Lambo and Ferrari Back, They Were Leased!!! 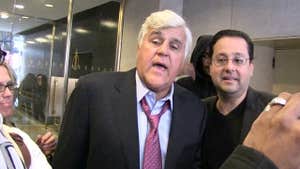