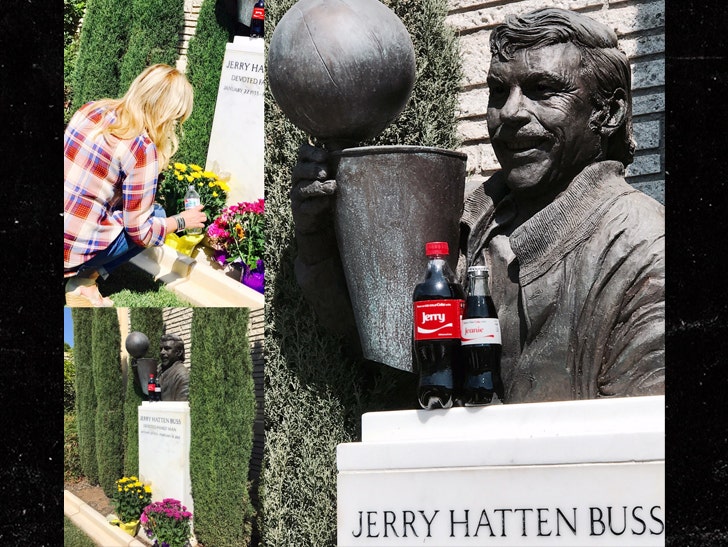 L.A. Lakers owner Jeanie Buss visited her father Jerry Buss' grave site this past weekend ... and brought along one of his favorite beverages.

Jeanie paid tribute to the legendary owner at Forest Lawn Memorial Park in L.A. to honor her dad's favorite time of the year -- the start of the USC football season and Lakers training camp.

Jeanie put 2 bottles of Coca-Cola on Jerry's grave during the visit -- each had their name on it. JB says her father LOOOOVED Coca-Cola.

Jerry had a Hall of Fame career after buying the Lakers in 1979 ... and led the franchise to 10 NBA titles before passing away in 2013.

And as far as grave sites go ... it's pretty cool. 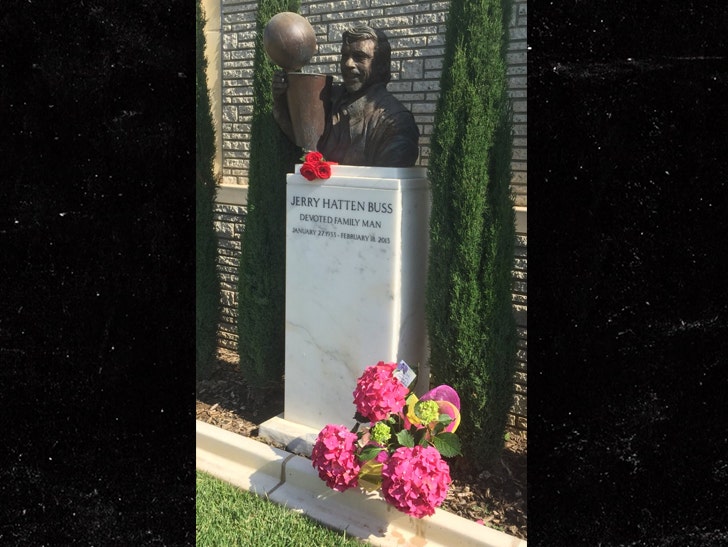