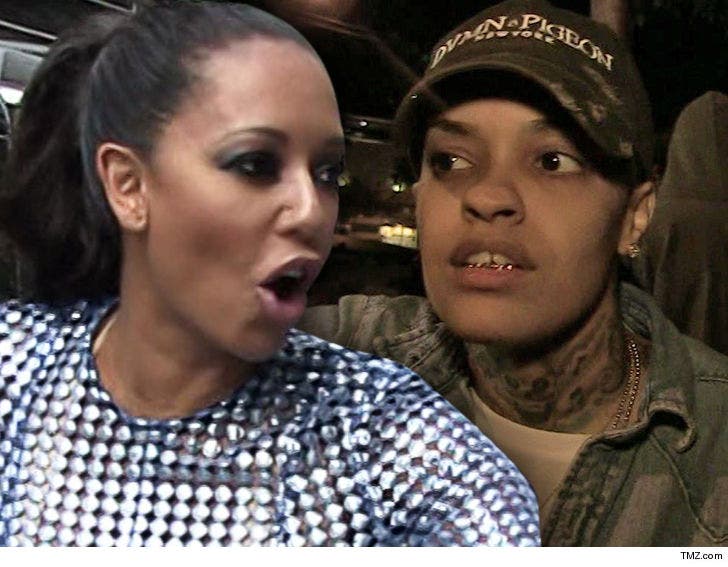 Mel B did not commit the crime of witness intimidation by sending text messages to a witness in her divorce case ... this according to several cops who reviewed the texts.

TMZ broke the story ... the LAPD opened a witness tampering investigation listing Mel B as the suspect, after rapper Siya went to the station and filed a police report. As we reported, Siya is on the witness list and is prepared to testify Mel B's claims of physical abuse at the hands of estranged husband Stephen Belafonte are untrue. Siya will also testify about Mel B's alleged drug use and how she engineered the now-infamous 3-ways.

Our law enforcement sources say Siya went to the police station Sunday to file a police report, but the desk officer who reviewed the texts was unimpressed and said the messages did not rise to the level of witness intimidation. We're told Siya left, returned the next day with her lawyer, and this time a report was taken.

We're told the LAPD has a policy of taking a report if the alleged victim insists, even if cops believe no crime was committed. We're told the case will ultimately be sent to prosecutors for review and a decision.