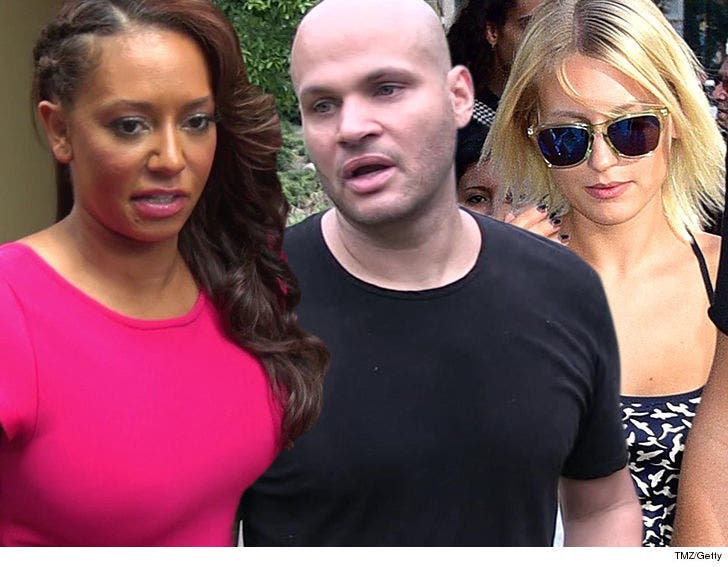 Mel B's estranged husband, Stephen Belafonte, and their former nanny, Lorraine Gilles, engineered a phony marriage for Gilles so she would not be deported, which would allow the 2 to carry on an affair behind Mel B's back and rob her blind ... this according to explosive new legal docs.

Mel B just filed legal docs, obtained by TMZ, in which she lays out the sordid scenario. You'll recall, Gilles has said they had 3-ways but she never had sex alone with Belafonte. The docs include a portion of Gilles deposition, in which she admits she had sex with Belafonte alone 10 to 15 times.

Gilles also admits she had sex with Belafonte at least twice around the time she got pregnant and had an abortion. She has denied it was Belafonte's child but the depo calls that into question.

Mel B also says Gilles marriage to Michael Bleau was a sham ... designed to keep the nanny in the country. Mel B includes Bleau's deposition, in which he admits he bought the engagement ring for $30 on eBay. Gilles and Bleau never posted a single pic of their engagement on their Facebook pages.

And there's more. In Gilles depo, she admits to using cocaine. Immigration officials can deny a visa for someone who uses illegal drugs, so this could have deportation implications. In the depo Gilles says she only used coke supplied by Mel B.

And on the subject of sex tapes -- which Mel B says Belafonte and Gilles used to blackmail her -- Gilles admits in her deposition they not only exist, but she watched them as recently as July 2016 on Belafonte's laptop.

In the new legal docs, it shows Bleau was once arrested for a sex crime and convicted of felony false imprisonment (it was reduced to a misdemeanor and later expunged). Mel B says Belafonte got her to invest $60,000 in a business run by Bleau but no one ever told her he was a convicted felon.