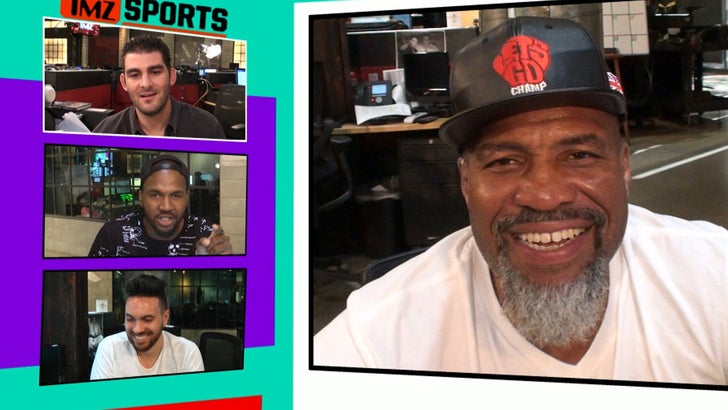 Boxing star Shannon Briggs says Donald Trump was a cool, nice guy when they kicked it together back in the day ... but says he has a message for his old buddy:

"PULL IT TOGETHER, CHAMP!"

The former 2-time heavyweight champion of the world joined the guys on the "TMZ Sports" TV show (airs Thursday on FS1) and recalled the time he fought George Foreman back in 1997.

The fight went down at the Trump Taj Mahal in Atlantic City -- and Donald, being a huge fight fan, spent some time with the boxers. Funny story.

Briggs also tells us the latest on a possible fight with Tyson Fury during the full interview on the show.

Shannon Briggs Says He Started His Own Sports Agency