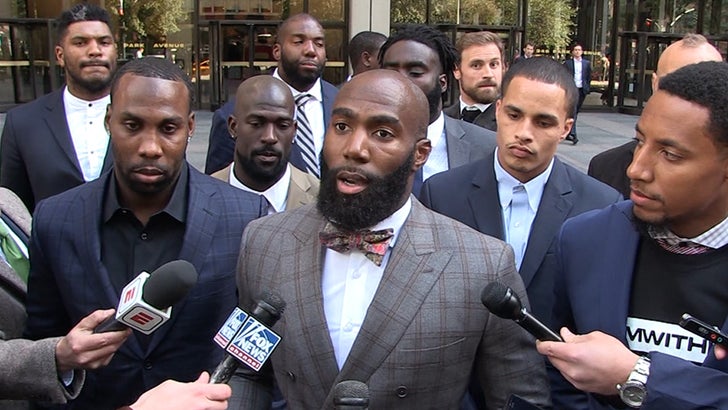 1:08 PM PT -- Kaepernick's lawyer, Mark Geragos, says his client was NOT officially invited to the meeting by team or league officials, but is "open to future participation on these important discussions."

Colin Kaepernick was invited to NFL headquarters to talk about social issues with team owners ... but decided not to show up to the meeting, Malcolm Jenkins told the media on Tuesday.

Several players sat down with owners in Manhattan today to discuss ways to promote positive change ... and both sides agreed it was a step in the right direction, but there's more work to do.

"As players, we'll continue to do the work in our communities. We feel like that's the most American thing to do is to use your platform to influence with the stage that we have."

As for the national anthem demonstrations ... Jenkins says it wasn't the focus of the meeting.