Odell Beckham Jr. hopped out of bed a week after undergoing ankle surgery and the look on his face says it all -- it ain't no fun.

The New York Giants WR was seen for the first time since suffering a horrific left ankle injury last weekend against the San Diego Chargers. He was leaving his crib in crutches and a large walking boot and on his way to physical therapy.

OBJ underwent season-ending surgery and posted a pic on Instagram from his hospital bed thanking everyone for their prayers ... but it's pretty clear he'd rather be prepping for the Seahawks on Sunday. 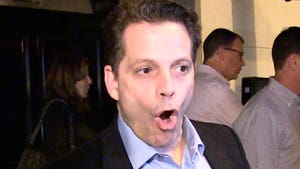