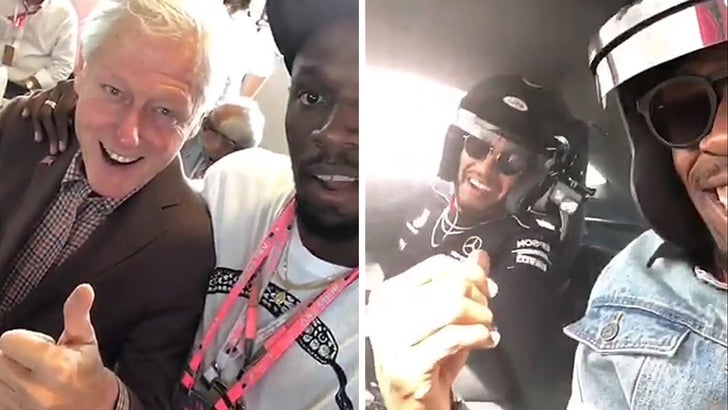 Usain Bolt loves Bill Clinton. Bill Clinton loves Usain Bolt ... and they professed their love for each other at an F1 race in Texas over the weekend.

The two were both VIP guests at the US Grand Prix in Austin, Texas on Sunday -- where they hung out and BS'd together before the race?

And why? There was that time at the Olympics Bolt convinced his GF to let him mess around with other women.

Bolt also hung out with Lewis Hamilton -- who ended up winning the race!