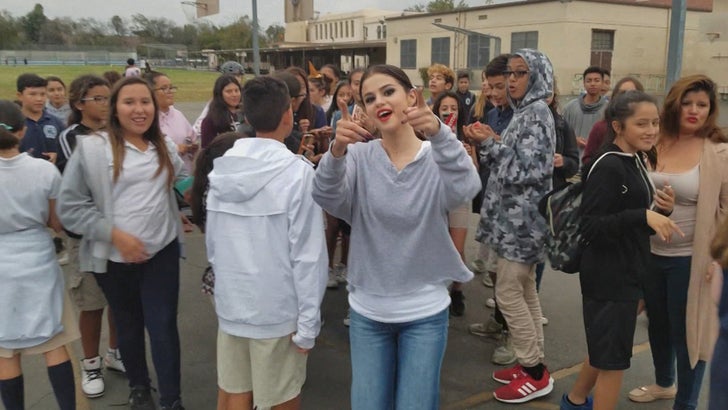 Selena Gomez became the cool new kid on the block ... 'cause she went for a bike ride and conquered a school yard.

Selena was hangin' out with a bunch of L.A. school kids Monday after a bike ride with a pal ... and rather than shy away, she embraced the attention.

Selena posed with the posse as they chaotically flocked around her. She kept her cool, though ... even putting up some shots. 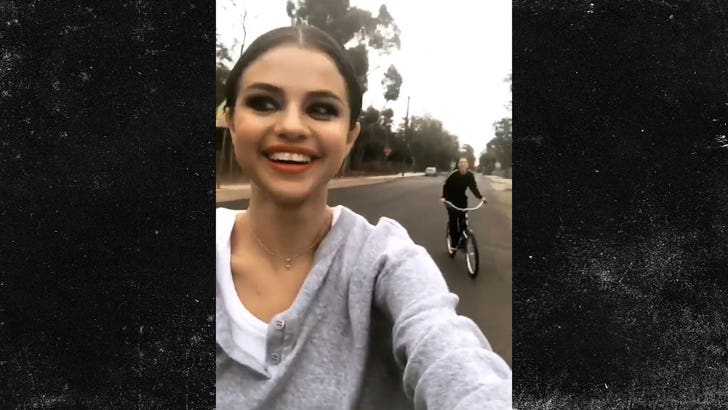 No sign of Justin Bieber -- we guess he was all tapped out after Sunday. As for new solo Selena ... seems like she's very much over Abel by the looks of her biking face. 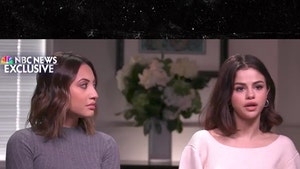 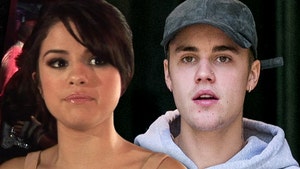