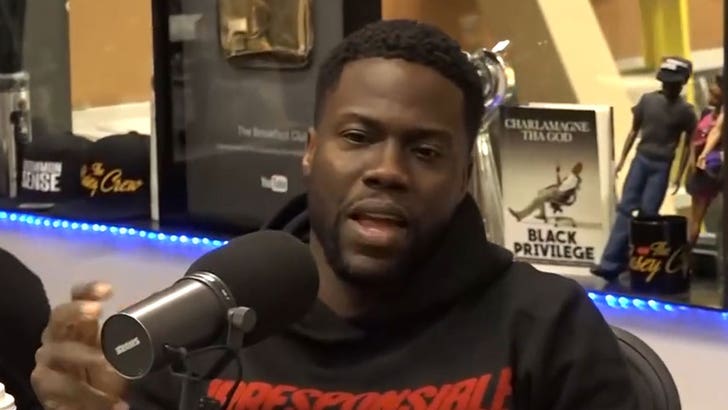 Call Kevin Hart a cheater, a womanizer ... whatever you want, but calling his wife a homewrecker crosses the line, and he says it nearly made him flip out.

Kevin was on the Power 105's 'Breakfast Club' Thursday morning and opened up about his sex tape scandal, saying he knew he'd have to take his lumps -- but people saying the whole mess was karma for Eniko was too much to handle.

It's obvious he's blaming one person for beating that drum -- his ex-wife, Torrei Hart.

You gotta see how Kev walked the line ... saying he doesn't want to bad-mouth Torrei, but he's gotta defend his current wife against a label he insists she doesn't deserve.