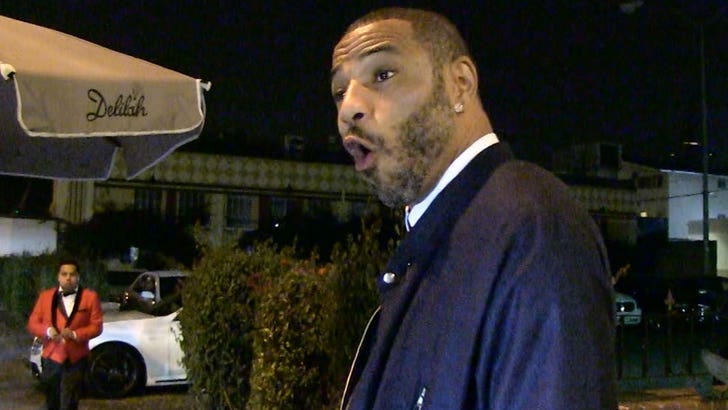 Kenyon Martin wants the world to know he's living a GREAT life despite being slapped with a curse from Lil B the Based God ... telling TMZ Sports the rapper's opinion "don't mean sh*t."

FYI -- NBA players like James Harden and Kevin Durant have been "cursed" by Lil B in the past for disrespecting Lil B's cooking dance and music respectively ... preventing both guys from winning NBA titles.

We spoke with K-Mart -- who was cursed for making fun of Jeremy Lin's dreadlocks back in October -- and he makes it clear he doesn't care one bit about getting blacklisted by the Based God.